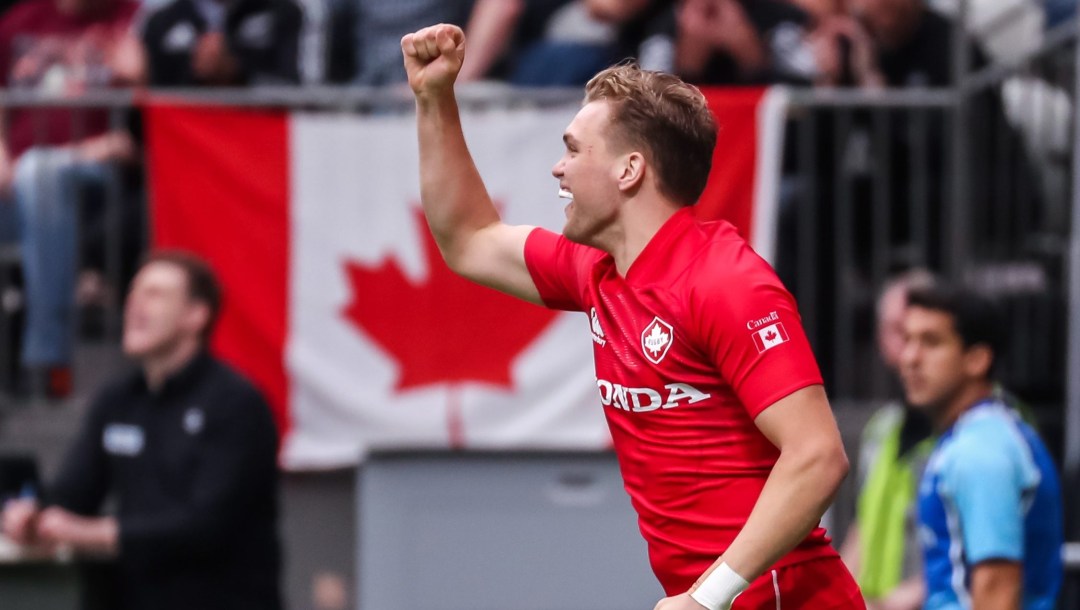 Jake Thiel made his debut with the Canadian Sevens team at the 2018 Sevens Series tournament in Sydney. He scored his first try during Canada’s pool stage loss to the USA. He became a fixture on the team for the 2019 season, using his size and speed to finish in the top-10 in tries for Canada.

Thiel scored three tries during Canada’s undefeated run to the 2019 RAN Sevens title. The 40-5 win over Jamaica in the final gave the Canadian men their ticket to Tokyo 2020 where Thiel made his Olympic debut and Canada advanced to the quarterfinals.

He played through the Canadian 15s program from U17 through U20 and competed in the 2017 IRB Junior World Rugby Trophy. In 2018, he suffered a concussion and his post-concussion syndrome kept him out of competition for nine months, making him wonder at times if he’d ever play again.

A Little More About Jake

Getting into the Sport: Started playing rugby at age 8… Comes from a family of rugby players; twin brother  brother Josh played for Canada at Lima 2019 and is now a member of the national 15s team; father Jon played in three World Cups with Canada’s 15s team and professionally overseas; mother Jen (Ross) played with the national 15s team… Outside Interests: Would like to be a teacher… Enjoys bowling, sampling donuts, and petting dogs… Odds and Ends: Favourite motto: “K.I.S.S – Keep it simple stupid”… Before a game will always write the names of people closest to him on his wrist…