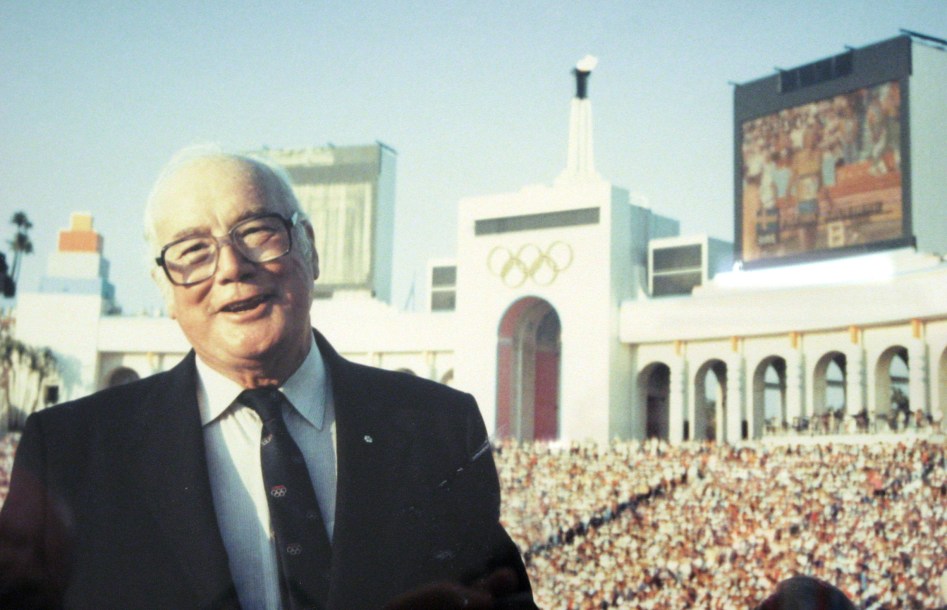 At Berlin 1936, James Worrall was selected as the Opening Ceremony flag bearer for Canada, likely because he was the tallest athlete on the team standing 1.96m (6’5”). He competed in the 110m hurdles and 400m hurdles, but did not advance out of the first round in either event.

After he retired from track, Worrall began a lifelong career in sports administration becoming a very influential member of the sporting landscape. Four times he served as a Chef de Mission for Team Canada at the Olympic Games (Assistant in 1948 and 1952, Chef in 1956 and 1960) and then from 1961-68, Worrall was president of the Canadian Olympic Association. Appointed a member of the International Olympic Committee (IOC) in 1967 and an honorary member in 1989, Worrall was the first Canadian to be appointed to the IOC Executive Board in 1974. He served on numerous IOC committees and commissions including Legislation (1968-72) and Juridical (1984-85). Recognized for this good judgment, when the Olympic Charter needed to be overhauled, IOC President Samaranch put Worrall in charge of the Commission from 1982 to 1990.

A man of impact and inspiration, Worrall was actively involved with the Amateur Athletic Union of Canada, Canadian Sports Advisory Council, Sports Federation of Canada and the National Advisory Council on Fitness and Amateur Sport. He played key roles with the Canadian bids and organizing committees for Montréal 1976 and Calgary 1988. Worrall’s autobiography, “My Olympic Journey: Sixty Years with Canadian Sport and the Olympic Games”, was published in 2000. At the time of his death in October 2011, Worrall was Canada’s oldest living Olympian, at 97.