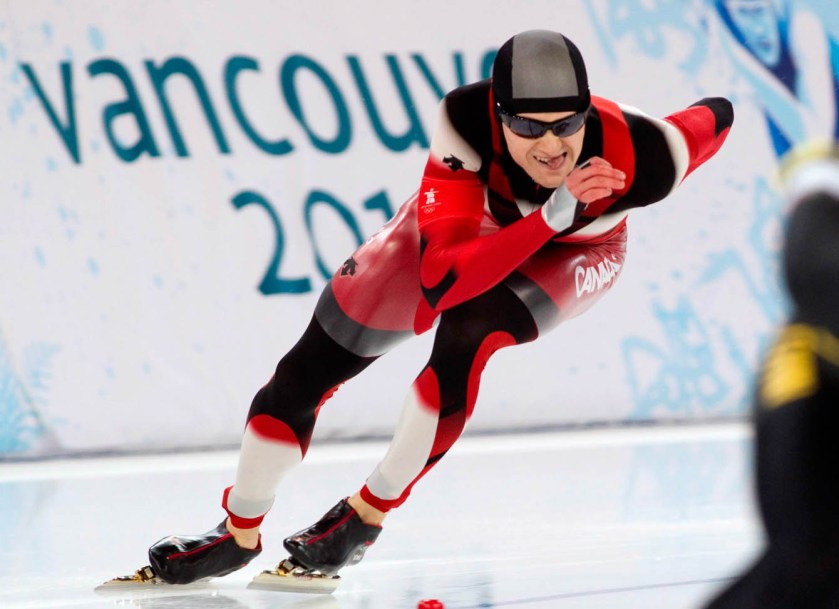 Over the last four seasons Jamie Gregg has established himself as one of Canada’s top men in the shortest of the long track events, the 500m. In 2012-13 he cracked the top-five in the World Cup standings for the distance.

Competing on the World Cup circuit since 2007-08, Gregg had his breakthrough in December 2009 when he won a bronze medal in the 500m in Calgary. He went on to finish eighth in the event at the Vancouver 2010 Olympic Winter Games where he was the top Canadian man, beating his training mate and future brother-in-law Jeremy Wotherspoon by one place. He finished 11th in his second Olympic appearance at Sochi 2014 where he was joined on the team by wife Danielle.

With a speed skater mother and a hockey player father, it had been instilled in the Gregg siblings as children that representing their country was the greatest honour. It thus became Gregg’s dream to wear the maple leaf at the Olympic Games, as his parents had. At Vancouver 2010 he had the joy of representing Canada along with his sister Jessica, a member of the short track team.

Gregg posted his best world championship result in 2011 when he finished sixth in the 500m. He earned his first World Cup victory at the World Cup Final in Berlin in March 2012 and now has five World Cup medals to his credit.

Getting Into the Sport: Started speed skating at age seven because his mother was the coach at the local club and her kids went where she went… But his parents never put pressure on any of their kids to be elite athletes…  Coached by his mother until he was 20 and moved to Calgary… Outside Interests: Working towards his Bachelor of Science at the University of Calgary… Loves scuba diving and is a certified advanced diver… Enjoys playing baseball and tennis… Odds and Ends: Pre-race meal: chicken parmesan… Nickname: Popeye…

Danielle Wotherspoon-Gregg is newest Olympian in her immediate and extended family that includes her brother Jeremy, husband Jamie, two sisters-in-law...