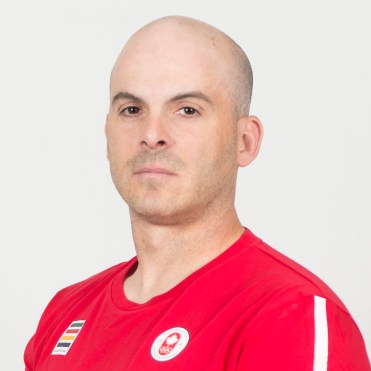 Jeff Ellsworth is one of the longest serving members of the Men’s National Team, first appearing for Team Canada in 2004. He has since played in two ISF World Championships, highlighted by a bronze medal in 2009, as well as three Pan American Championships, winning silver in 2006, gold in 2012 and bronze in 2014. Ellsworth has played for Prince Edward Island, Newfoundland and Labrador, as well as Ontario at the Canadian Championships where he is a six-time all-star outfielder (2004-06, 2010, 2012, 2014) and was twice named Top Batter in 2008 and 2014.

Family: Parents Melvin and Sheila Ellsworth… Sisters Shelley Ellsworth and Krista Keough… Wife Lori Ellsworth… Getting into the Sport: Started playing softball at age 5, drawn to the sport because of the speed of the game… Grew up pretending to pitch and catch for the national team with best friend Roger O’Halloran; when they were younger it was O’Halloran who pushed him to be his best and helped him get over his fear of failure; after O’Halloran passed away at age 27 from athletic heart syndrome he made it his ultimate goal to make the national team for both of them… Outside Interests: Graduated from Holland College with a diploma in Sport and Recreation… Works as the Recreation Director for the Town of O’Leary and is the co-owner of Team 1st Hitting… Enjoys fishing trout, playing poker, running Team 1st Hitting Clinics, and coaching hockey… Odds and Ends: Favourite motto: “Never let the fear of striking out get in your way”… Collects poker chips from his travels… Nickname: Ellsy…