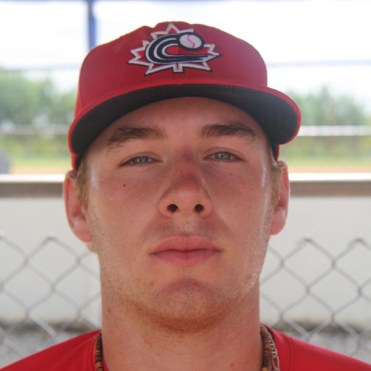 Jesse Hodges previously played with Team Canada at the 2012 18U Baseball World Cup, winning a silver medal while being named the Canadian MVP and selected to the All-World Team as a third baseman. It was during that tournament where he was noticed by the Chicago Cubs after having been passed over during the MLB Draft. He joined the organization the next season and has been playing in their system ever since. In 2015 he began playing with their A affiliate, the South Bend Cubs.

Getting into the Sport: Started playing baseball with a plastic bat as soon as he could walk… Was enrolled in t-ball at age 4… Comes from a baseball family; his great-grandfather owned a semi-pro team and his grandfather played and scouted… Outside Interests: Enjoys fly fishing, going on adventures…

Sean Jamieson previously played for Team Canada at the qualification tournament for the 2013 World Baseball Classic. He was selected...