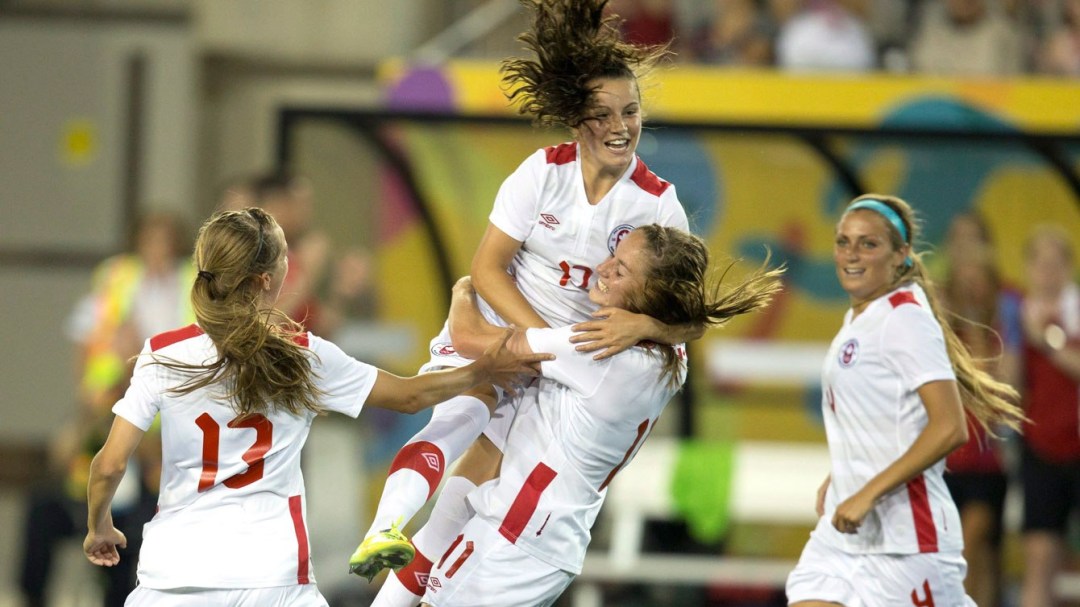 Jessie Fleming scored several critical goals at Tokyo 2020 en route to Canada winning the gold medal. She got Canada’s first in the penalty shootout against Brazil in the quarterfinal. She scored on a penalty kick in the 74th minute of the semifinal to give Canada the 1-0 win over the United States. She got another penalty kick goal in the 67th minute against Sweden to tie the gold medal game. And then she opened the scoring for Canada in the penalty shootout of that final. Fleming played full time in five of Canada’s six games during the Olympic tournament and totalled 555 minutes for second most on the team.

Fleming was 14 years old when she made her debut in the Canadian youth program in 2012 and won a silver medal with Canada at the 2013 CONCACAF U-17 Championship. She was 15 years old when she made her senior debut for Canada, the second-youngest player to ever suit up for the country. In 2014 she represented Canada at both the FIFA U-17 and FIFA U-20 Women’s World Cups.

In 2015, Fleming helped Canada win silver at the Cyprus Cup and appeared in two games of the FIFA Women’s World Cup on home soil. She then played every minute of every game as Canada finished fourth at the Pan Am Games in Toronto. In the bronze medal match, Fleming scored Canada’s lone goal on a penalty kick as the host nation lost to Mexico. She went on to be named the 2015 Canadian female U-20 Player of the Year for the first of three straight years.

Fleming scored once at the CONCACAF Olympic Qualifier where Canada finished second to earn a spot in Rio. She then helped Canada win the 2016 Algarve Cup. In her Olympic debut at Rio 2016, Fleming started all six of Canada’s games, playing full time in four of them, including the bronze medal match as Canada defeated Brazil.

Fleming was a key contributor as Canada finished second at the 2018 CONCACAF Championship to qualify for the 2019 FIFA Women’s World Cup. She played every minute of Canada’s four games at France 2019. In early 2020, she helped Canada finish second at the CONCACAF Olympic Qualifying Tournament to book their tickets to Tokyo 2020.

A Little More About Jessie

Getting into the Sport: Started playing soccer at age 3… Grew up participating in soccer, hockey, track and cross-country running… Odds and Ends: Favourite mottos: “Play every game like it’s your last” and “Get outside your comfort zone, that’s where the magic happens”… Always puts the right side of her equipment before the left side… Nickname: Jess, JFlem…