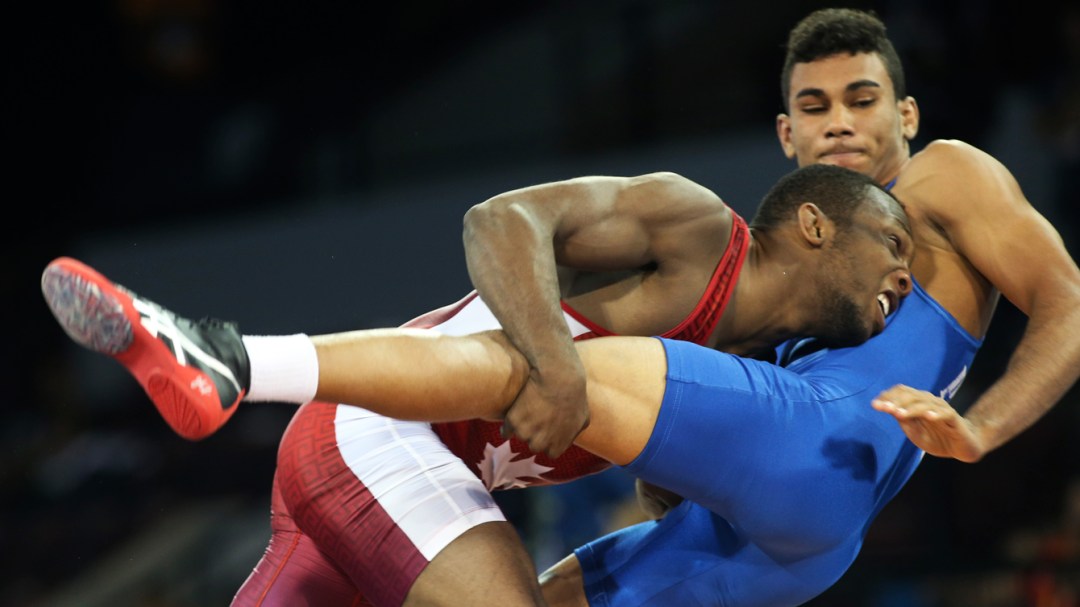 Jevon Balfour had a breakout year in 2014, his first competing internationally. After winning the national junior 66kg title and finishing second in the senior national 65kg weight class, he went on to win bronze at the Junior Pan American Championships before capturing silver at the Commonwealth Games in Glasgow. He also debuted at the Junior World Championships and helped Brock University win the CIS national championship while he defended his individual CIS title from 2013. In 2015 Balfour decided to move up a weight class and earned his first of five straight senior national titles while being named Outstanding Male Wrestler of the Canadian championships. Competing at 74kg, Balfour finished fifth at the Toronto 2015 Pan Am Games before making his debut at the senior world championships two months later. Balfour stood on the podium at three international events in 2017: the Dave Schultz Memorial International (2nd), the Canada Cup (1st), and the Grand Prix of Spain (2nd). In 2018, he won bronze at the  Commonwealth Games in Gold Coast, Australia but missed the world championships with a lower back injury. He started his 2019 season with a silver medal at the Pan American Championships.

A LITTLE MORE ABOUT JEVON

Getting into the Sport: Started wrestling at age 14 because his friends were involved… Always thought he was tough but after losing his first match he decided he wanted to be the best at wrestling… Outside Interests: Attending Brock University… Enjoys playing other sports and hanging out with friends as well as anime… Odds and Ends: Collects fridge magnets when he travels…Favourite motto: “Treat my first like my last” – Jay-Z… Inspired by his brother, who always told him to aim for the top, as well as Michael Jordan and Muhammad Ali…