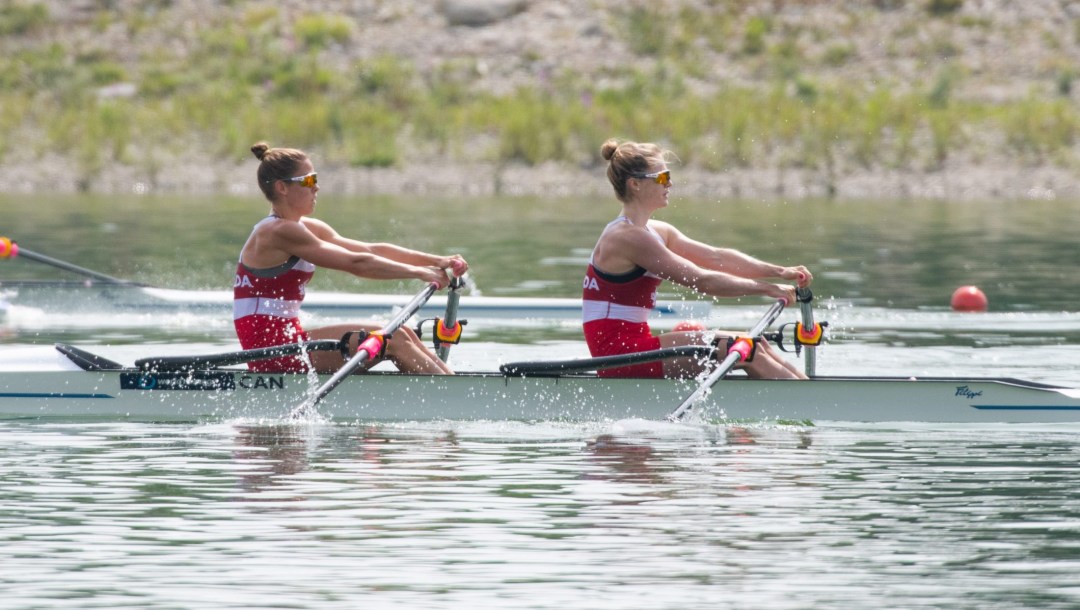 In 2017, Moffatt competed in her first World Cup, winning the B final of the lightweight double sculls in Lucerne, Switzerland. She posted another fourth-place finish in the lightweight quad sculls at the world championships as the only holdover in the crew from the year prior. It was also in 2017 that Moffatt won the first of her back-to-back national titles in the lightweight single sculls.

In 2019, Moffatt faced increased anxiety as she was completing her Masters’ thesis while heading into the competitive season. Despite the emotional strain, she made the decision to race and won the lightweight single sculls at the World Cup in Poznan, Poland for her first podium at a major international event. She finished the season in the lightweight double sculls with Casson, winning the B final at the World Cup in Lucerne and then finishing eighth at the world championships, which would later give Canada an Olympic berth in the event. For Moffatt, the season was proof of her resilience as she overcame an official diagnosis of an anxiety disorder thanks to therapy, medication, and support from coaches, family and friends who helped her put one foot forward.

In her Olympic debut at Tokyo 2020, Moffatt and Casson finished sixth in the B final of the women’s lightweight double sculls.

A Little More About Jill

Getting into the Sport: Started rowing in 2011 as a freshman with the Western University novice team, where the culture was exciting… An avid athlete, she competed in figure skating until age 16 and completed her first half marathon at age 17… Goals gradually grew from competing at Canada Games to making Canada’s U23 team to representing the country in major international events… Outside Interests: Enjoys reading, baking/cooking, road biking, backpacking, hiking… Ambassador for Fast and Female… Graduated from Western University in 2016 with a Bachelor of Health Science and then earned her Masters of Health Information Science from Western in 2019… Would like to pursue a career in women’s health policy…  Odds and Ends: Inspired by figure skater Joannie Rochette’s courage and vulnerability in competing at Vancouver following the sudden death of her mother and Michael Jordan for his worth ethic… Favourite motto: “Hard work beats talent when talent isn’t working hard”…

Spencer Kielar made his international debut at the 2019 World Rowing U23 Championships, advancing to the B Final of the…