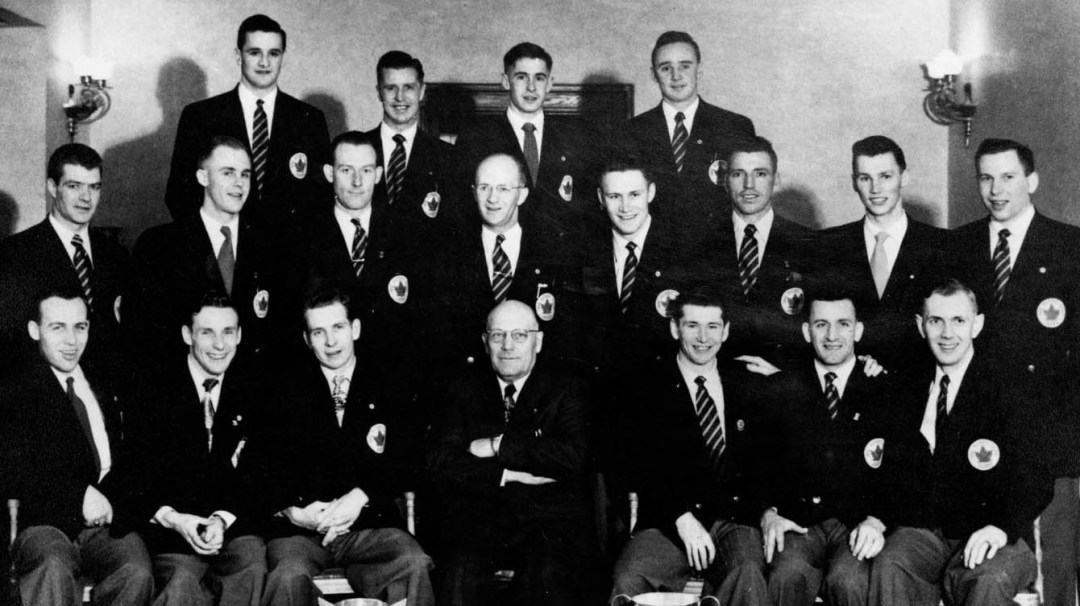 At Oslo 1952, Jack Davies was a member of the Canadian team mostly made up of players from the Edmonton Mercurys team. In the round-robin tournament, Canada and the United States tied 3-3, but Canada did not lose a game and won the gold medal, as the Americans had lost to Sweden, 4-2. Davies played in eight games and scored four goals.

Prior to Oslo 1952, Davies won a gold medal with the Mercurys at the 1950 World Championships. He spent a few seasons playing for the Edmonton Caps and the Edmonton Southsides in the Edmonton Junior Hockey League. Known to be a very private man, Davies only attended a handful of Olympic reunions after winning his gold medal.  He died in Edmonton, Alberta in 2009.