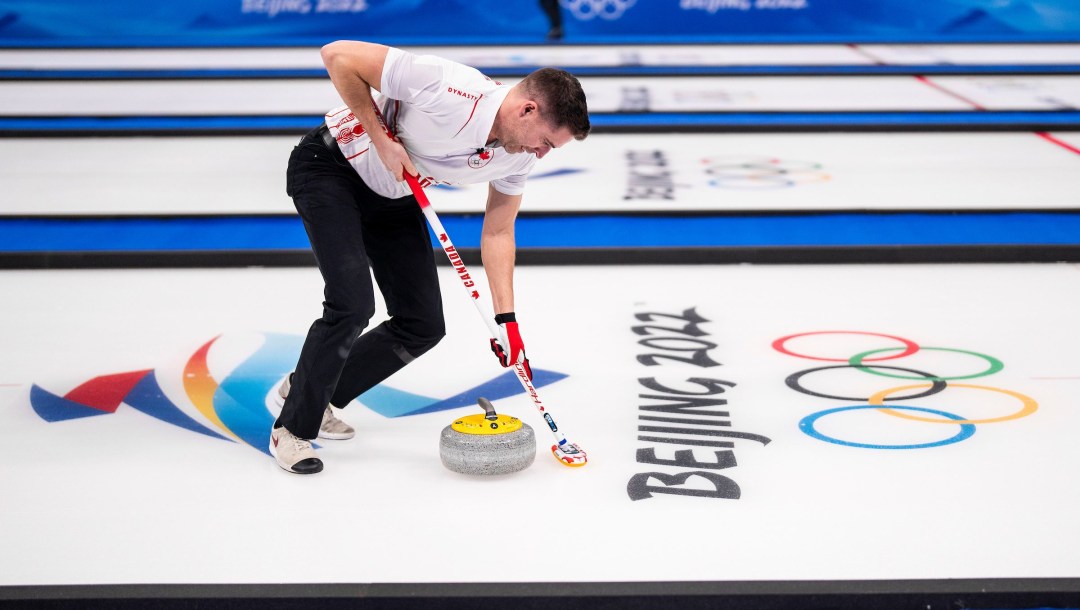 Morris had started playing with Martin in 2006 and won back-to-back Brier titles in 2008 and 2009. He played at the former with a broken finger on his right hand, but a removable cast allowed him to be able to throw stones. The team went undefeated and Morris won MVP honours for his performance in the final. They went on to win gold at the 2008 World Men’s Championship, followed by silver in 2009.

In 2013-14, Morris joined the team of B.C.-based Jim Cotter, taking over the skip duties. They had immediate success, advancing to the final of the 2013 Canadian Curling Trials where they lost to eventual Olympic gold medallist Brad Jacobs. The following season, Morris was recruited to replace Kevin Koe as skip on the team that had won the 2014 Brier. Competing as Team Canada at the 2015 Brier, Morris handed the skip duties to Pat Simmons after they opened with a 2-3 record. With Morris playing third, they rebounded to win the national title. In Morris’ third world championship trip, they won the bronze medal.

For the 2016-17 season, Morris rejoined Cotter’s team as skip while throwing third stones and they qualified for the 2017 Canadian Curling Trials. It was also in 2017 that Morris won silver with Rachel Homan at the Canadian Mixed Doubles Championship. They intended to compete together at the Canadian Mixed Doubles Trials for PyeongChang 2018, but Homan was not available because her team had won the four-player trials for the Olympics. That prompted Morris to join forces with Lawes.

After Lawes and Morris won the mixed doubles trials and the Olympic gold medal, Morris focused his playing time on mixed doubles for a couple of seasons. He joined Team John Epping as the alternate on Team Ontario at the 2020 Brier. Ahead of the 2020-21 season, Morris joined Team Kevin Koe as the second. They competed at the 2021 Brier as a wild card team where they finished as the runners-up. They made it to the semifinals at the Canadian Curling Trials for Beijing 2022.

Back in mixed doubles, Morris won bronze at the 2021 Canadian Championships while playing with Danielle Schmiemann, who replaced Homan as she gave birth. He reunited with Homan in the fall of 2021 to win a world class mixed doubles bonspiel in Banff/Canmore. Selected to represent Canada in the mixed doubles tournament at Beijing 2022, Homan and Morris posted a 5-4 record in the round robin. They missed the playoffs by one spot and finished fifth overall.

Morris had enjoyed an illustrious junior career, skipping his Ontario-based team to world junior titles in 1998 and 1999.

Getting into the Sport: Started curling at age 5… Had dreamed about competing at the Olympic Games since watching them on TV as a child and being swept up in the magic surrounding them… At age 15 played hockey and curling and tried to fit tournaments for both into one weekend but after nearly having a bad car accident his father told him to pick one and he was better at curling… Father Earle Morris and great-grandfather Cliff McLachlan both curled at the Brier… Outside Interests: Firefighter with Rocky View County Fire Services… Graduated from Wilfrid Laurier University in 2003 with a Bachelor of Arts in Kinesiology… Enjoys doing hot yoga, playing fantasy football, fly-fishing and cooking… Supports Big Brothers and Big Sisters Calgary… Odds and Ends: Favourite motto: It’s amazing what a team can accomplish when no one cares who gets the credit… Inspired by former Toronto Maple Leaf Doug Gilmour for his grit, the way he inspired his teammates with his leadership, and his ability to rise to the occasion when needed – the essence of a true Canadian athlete…