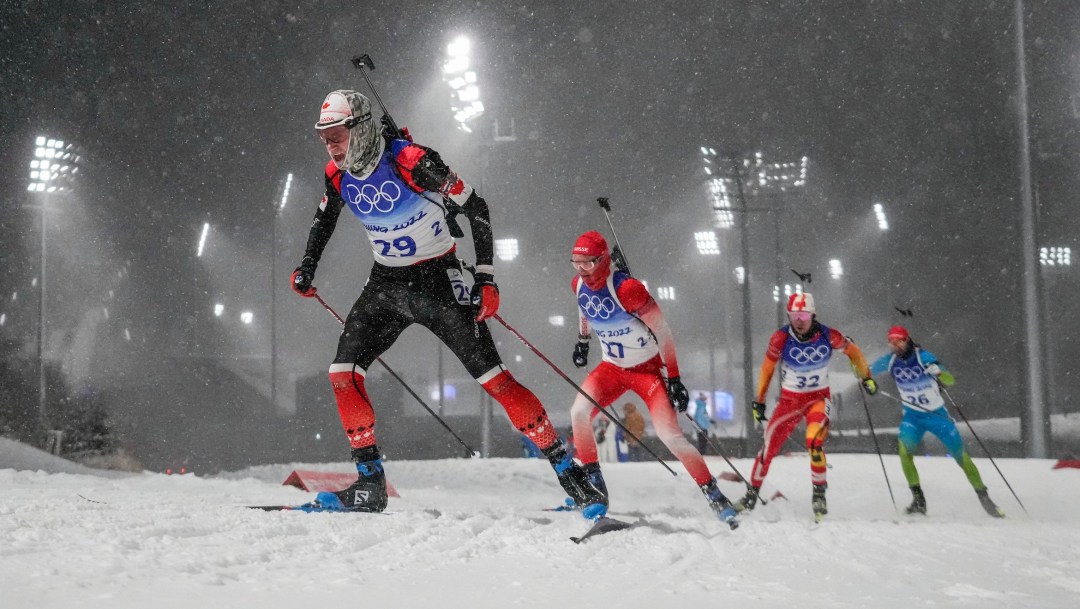 Jules Burnotte made his Olympic debut at Beijing 2022 where he was part of the men’s 4×7.5km relay team that finished sixth for Canada’s best ever Olympic result in the event. His highlight as an individual was finishing 18th in the mass start for his career best result in any elite level solo race.

Burnotte made his international debut at the 2014 IBU Youth World Championships where he won a silver medal with the men’s relay team. The following year, he pursued his passion for running and represented Canada in the U20 races at the 2015 IAAF World Cross-Country Championships and 2015 Pan American Cup.

Burnotte sat out of the 2015-16 ski season due to knee pain but returned to international competition at the 2017 IBU Junior World Championships. He soon made his debut in IBU Cup events. After a 2017-18 season also riddled with injuries, Butnotte competed in his first IBU World Cup events and made his debut at the senior IBU World Championships in 2018-19. Among the highlights was a top-10 finish with the men’s relay at the World Cup in Canmore.

Burnotte came close to standing on his first World Cup podium in December 2019 when he finished fourth with the men’s relay team in Hochfilzen, Austria. At the 2020 World Championships, he posted his best ever solo result in a top-tier IBU competition when he finished 28th in the 20km individual event.

Burnotte competed at just one World Cup stop in 2020-21 before returning to the circuit full time in 2021-22. He matched his best-ever result with a 28th-place finish in the 10km sprint at the season opener in Oestersund, Sweden.

A Little More About Jules

Getting into the Sport: Has been skiing since he could walk… Started cross-country skiing at age 10 and joined a biathlon club when he was 12, mostly because the cross-country club was too far from his house… Didn’t enjoy shooting at first, but learned to like it… Though biathlon is his best sport, his favourite sport remains running… Outside Interests: Enjoys cycling, picnics, reading, canoeing, windsurfing… One of the IBU’s Athlete Ambassadors for Sustainability… Would like to pursue a career as a teacher…

Adam Runnalls made his Olympic debut at Beijing 2022 where he was part of the men's 4x7.5km relay team that…