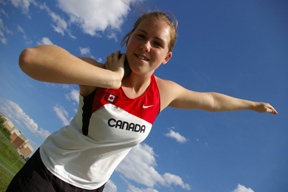 Julie Labonté has experienced several moments that made her proud to represent Canada: competing at her first IAAF World Championships in 2011, standing on the podium when she received her bronze medal at the 2014 Commonwealth Games, and making her Olympic debut at London 2012. From 2011 to 2014, Labonté won every national title in shot put and discus. She competed at the 2013 Summer Universiade where she finished sixth in shot put. Labonté set the national shot put record at 18.31m in June 2011.

Family: Parents Daniel Labonté and Céline Tanguay… Older brother Jean-François ran the 2014 Toronto Marathon in just under three hours… Getting into the Sport: Began throwing at age 16… Her father did many track and field events and initiated her doing shot put… Outside interests: Enjoys movies, philosophy, psychology, visiting family… Graduated from the University of Arizona in Tucson in May 2014 with a Bachelor of General Studies, focused in humanities, sciences, technology, human development… Odds and Ends: Always Skypes with her parents just before competing… Favourite motto: “Follow your dreams”… 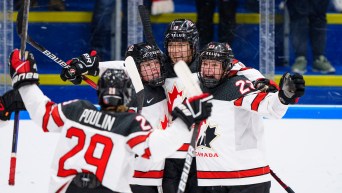 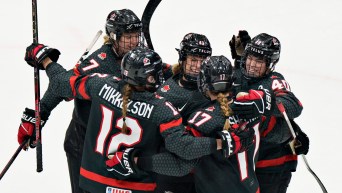