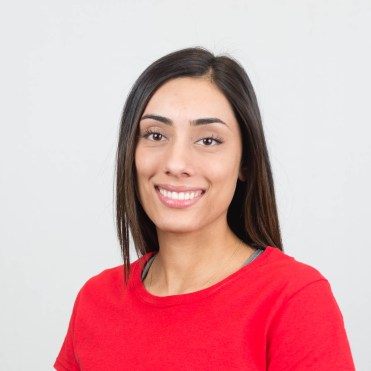 Jusleen Virk has participated in two editions of the WKF World Junior Championships. In 2012 she achieved a career highlight by winning bronze in the under 53kg weight category at the Pan American Youth Championships. She added another international bronze medal at the 2013 Karate 1 Premier League Grand Final in Salzburg.

Family: Parents Amrik Singh Virk and Jatinder Kaur Virk… Sisters Anisha and Maansi… Getting into the Sport: Her father was a black belt and an RCMP officer so it was very important to him that his daughters have the ability to protect themselves… Outside Interests: Pursuing her Bachelor of Science in Biology, working towards a Doctorate of Dental Medicine… Volunteers at an outpatient centre… Works as an instructor for children aged 4-10 in a brain development program…

Kamille Desjardins has been a dominant force at the national championships, beginning in 2006 when she captured a junior team...

Leivin Chung has always considered it an honour and a dream to be able to compete for Canada. He has...