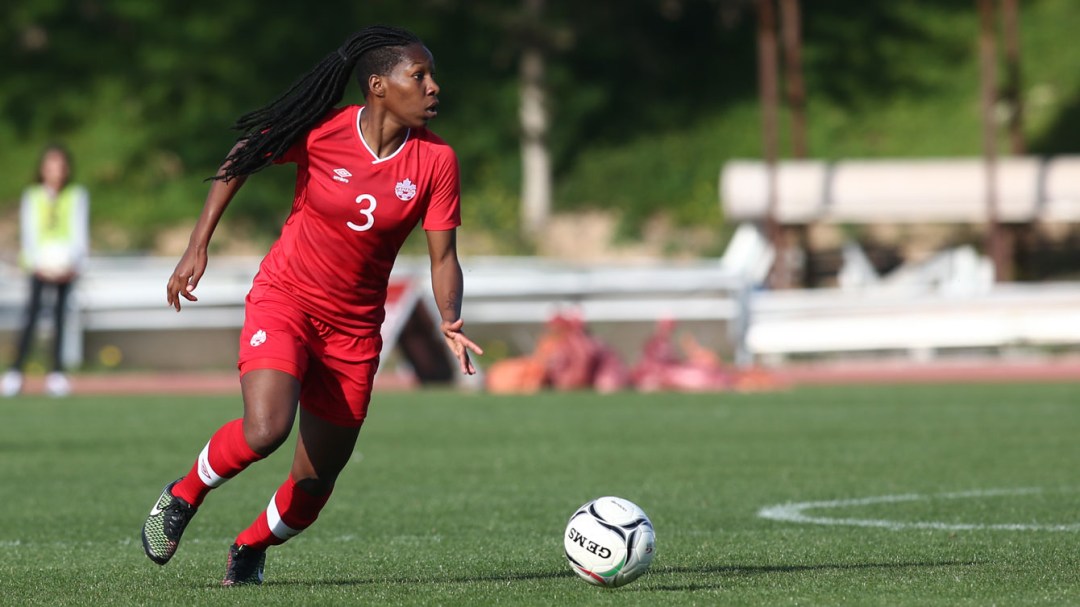 Kadeisha Buchanan didn’t miss a single minute of action in her second Olympic appearance at Tokyo 2020 as she played full time in each of Canada’s six matches, totalling 600 minutes to lead the team as Canada won the gold medal.

Prior to the 2015 FIFA Women’s World Cup, coach John Herdman called Buchanan the “Christine Sinclair of defence”. That was high but appropriate praise for a player who was the 2013 and 2014 Canadian U20 Player of the Year and helped Canada to a quarterfinal berth at the 2014 FIFA U20 World Cup.

She went on to win the FIFA Women’s World Cup Young Player Award as Canada advanced to the quarterfinals on home soil in 2015. She also helped Canada to a fourth-place finish at the Pan Am Games in Toronto that summer. Buchanan ended the year being nominated for the FIFA Ballon D’Or and was named the Canadian female player of the year for 2015, ending Sinclair’s 11-year run. She went on to earn Canadian player of the year honours in 2017 and 2020 as well.

In early 2016, Buchanan scored her third career senior international goal in helping Canada finish second at the CONCACAF Olympic Qualifier to earn a spot in Rio. She followed that up by being named the tournament’s top player as Canada won the 2016 Algarve Cup.

In her Olympic debut at Rio 2016, Buchanan anchored the Canadian defense to a pair of clean sheets, helping take home a bronze medal. In 2018, she improved that clean sheet total to three, as Canada won silver at the CONCACAF Championships. At her second FIFA Women’s World Cup at France 2019, Buchanan scored her first international goal in more than three years, which turned out to be the game winner in their 1-0 group stage victory over Cameroon. Canada would go on to the round of 16 before losing to Sweden.

Since making her senior debut in 2013, Buchanan also has a pair of silver medals from three Cyprus Cup appearances and won the 2015 Four Nations Tournament. She won silver and bronze at the Algarve Cup in 2017 and 2019, respectively.

Buchanan played collegiately for West Virginia University, where she became the most decorated player in school soccer history. As a senior she won the 2016 MAC Hermann Trophy as the top college soccer player in the country, leading the Mountaineers to the Big12 Championship and NCAA final, where she was awarded tournament Defensive MVP. She was named the Big12 Athlete of the Year and was nominated for a 2017 ESPY Award as the Best Female College Athlete.

A Little More About Kadeisha

Getting into the Sport: Started playing soccer at age 8… Grew up competing in soccer, basketball, flag football, volleyball, track and field… Outside Interests: Graduated with a degree in criminology from West Virginia University… Enjoys watching TV… Affiliated with Common Goal…  Odds and Ends: Nickname: Keisha…