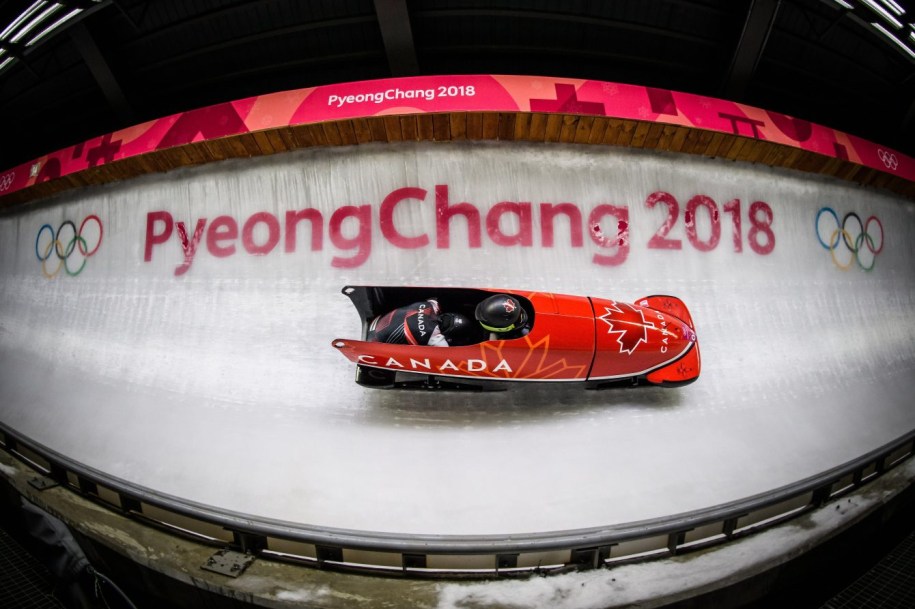 At Sochi 2014, the duo became the first women to ever repeat as Olympic bobsleigh champions, overcoming a 0.11 second deficit in the fourth and final run to move up from second place and win the gold medal by a tenth of a second. In recognition of the accomplishment, Humphries and Moyse were named Canadian flag bearers for the Closing Ceremony. Humphries was also named the 2014 winner of the Lou Marsh Award as Canadian athlete of the year.

At PyeongChang 2018, she was pushed by Olympic hurdler-turned-brakewoman Phylicia George and moved up from fifth place after the first two heats to win the bronze medal, making Humphries Canada’s most decorated Olympic bobsledder.

Humphries spent her first four years in bobsleigh as a brakewoman, which included a trip to Turin 2006, although she did not compete. In 2007-08 she jumped to the World Cup circuit, winning her first World Cup medal as a pilot in December 2007 and finishing fifth at the 2008 World Championships. It was during the 2009-10 season that Humphries truly established herself as a top contender for Olympic gold. She set six start records and two track records while earning four World Cup medals to finish second in the overall standings.

Humphries produced another historic first in 2012 when she and brakewoman Jenny Ciochetti became the first Canadian female bobsledders to win world championship gold. That victory was part of an incredible string of success. She had won the last two World Cup races of 2011-12 leading up to the world championships. Then with rookie brakewoman Chelsea Valois she won the first five World Cup races of 2012-13. With Valois, Humphries won her second straight world championship gold in 2013, also a Canadian first, to go along with her second straight overall World Cup title.

In 2014-15, Humphries made more history as the first female pilot of a four-man sled in World Cup and world championship competition. In 2015-16 Humphries claimed her third career overall World Cup title and the first of two straight world championship silver medals with brakewoman Melissa Lotholz. She earned a fourth overall World Cup title in 2017-18 after posting three wins and two second place finishes in eight races, as she competed with both Lotholz and George.

A little more about Kaillie…

Getting into the Sport: Had her Olympic dream sparked while watching Mark Tewksbury win gold in the 100m backstroke at Barcelona 1992 when she was seven… Was an alpine skier until age 16 when she switched to bobsleigh… Liked that it was a sport for strong, powerful, fast women as well as the intensity… Outside Interests: Enjoys knitting, watching movies and TV and riding her motorcycle… Dealt with bullying while growing up and now has taken a pro-active stance against it; feels that she is at a point in her life and career where she has a voice and needs to use it… Olympic Ink: Made a deal with her parents when she was 12 that if she made a national team, they would all get maple leaf tattoos… When she made the national team in bobsleigh they had to follow through… Among her tattoos on her left leg are the words “because you love me” written in Icelandic on her ankle along with two stars to represent her grandparents who passed away in 2006… Has the faces of her parents on the inside of her right arm and the dates of her 2010 and 2014 Olympic gold medal runs on her hand… Odds and Ends: Has a teddy bear that belonged to her grandmother that she takes on tour every year… Favourite motto: “Our greatest glory is not in never falling, but in rising every time we fall”… 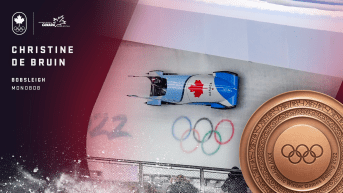 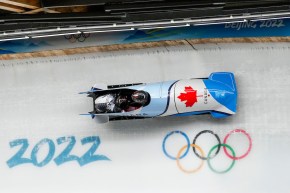