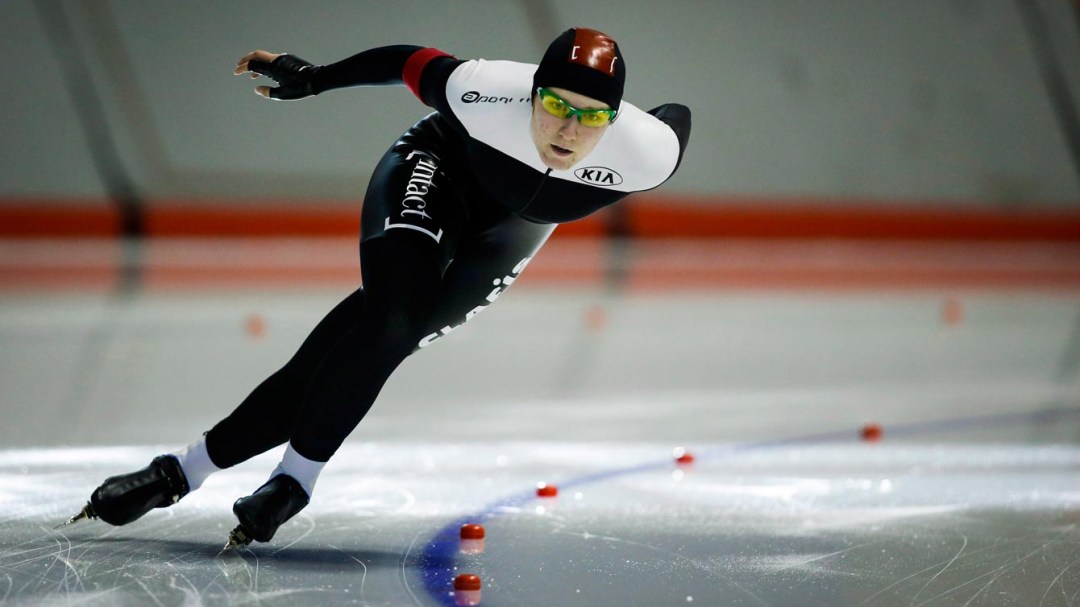 A year after her Olympic debut at Sochi 2014, middle distance specialist Kali Christ achieved a career highlight at the 2015 World Allround Championships in Calgary. In front of family and friends, she posted personal best times in all four distances and was second fastest in the 500m for an eighth-place finish overall.

But in January 2016, Christ began experiencing injury trouble. It seemed that a fall had stretched the sacroiliac ligament in her left hip, which meant that her leg became unnaturally quickly fatigued while skating. It took her a year and a half to figure out what the problem was and how to treat it, causing her to miss almost the entire 2016-17 season. In July 2017 she began prolotherapy in an attempt to strengthen the ligament. She qualified for the World Cup team and won a bronze medal with the team pursuit in Calgary in early December.

Christ had first gained attention during her second season as a senior international competitor in 2012-13. At the World Cup Final in Heerenveen she finished fourth in the 1500m after posting a personal best time in one of her best executed races ever. She followed that up with a fifth-place finish in the 1500m at the World Single Distances Championships in Sochi. Christ also won her first World Cup medals, capturing a pair of silvers in the team pursuit. Christ had ended her junior career with a ninth-place finish overall at the 2011 World Junior Championships where she won bronze in the 1000m and team pursuit. She had been the top racer at the 2011 Canadian Junior Championships, winning four of five events. In March 2011 she set the Canadian junior record in the 1500m.

A little more about Kali

Getting into the Sport: Started skating at age three… First saw speed skating on TV at age seven and she and brother decided that would be their winter sport… Outside Interests: Has completed one year of study in the Actuarial Science program at the University of Calgary but is not currently enrolled… Can make various things (wallets, purses, dresses, etc) out of duct tape… Enjoys baking and decorating cakes and cupcakes… Travels with a colouring book to de-stress… Odds and Ends: Competed in wrestling in high school and finished third in the provincial championships in 2008-09… Was captain of her high school soccer team… Favourite quote: “Ability may get you to the top but it takes character to keep you there.” – John Wooden…