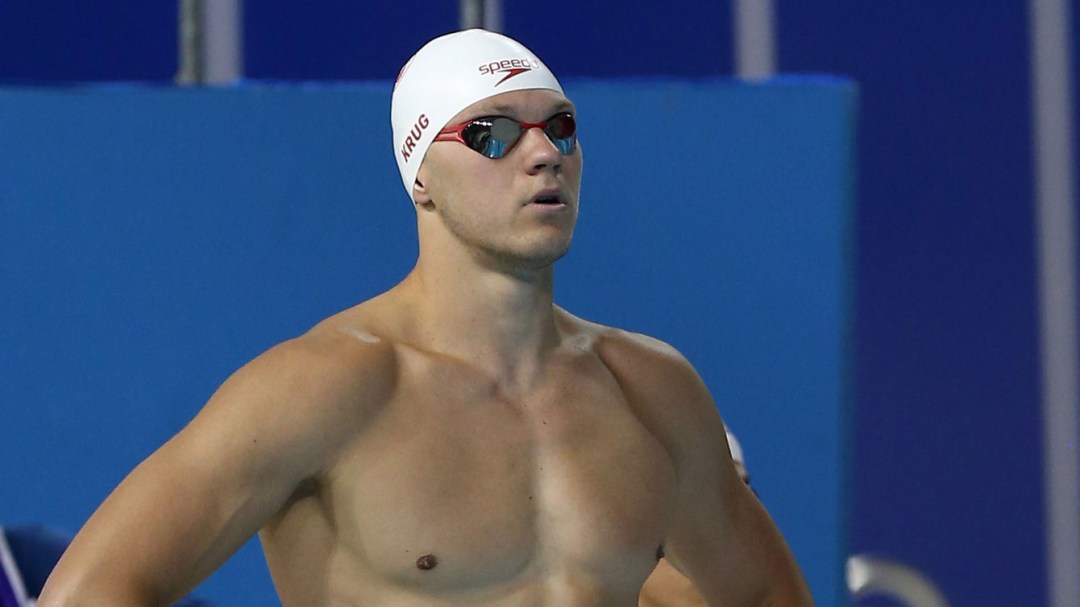 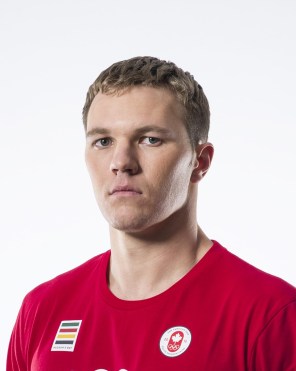 Family: Parents Karl and Susan Krug… Older brother Harry… Younger sister Kristina… His father was born in Calgary and adopted at six weeks old by an American family… Grew up in Yucaipa, California but decided to race for Canada to bring himself closer to his father’s heritage… Getting into the Sport: Started swimming in safety lessons when he was 2… At his first meet he swam freestyle in the 50m butterfly… Loves the pressure of racing in the 50m freestyle… Outside Interests: Graduated from Auburn University in 2012 with a degree in political science and sociology… Enjoys watching TV and finding new places to eat and explore… Is also a competitive ax thrower… Works as a coach for Swim Atlanta and would like to become a professional or college coach… Odds and Ends: Favourite quote: “There is no luck in life, just preparation meeting opportunity”… Gets a new pair of shoes to wear for every meet… Biggest influence has been Gary Hall Jr. for always being on top of his mental game for his races… Nickname: Krug Smash…