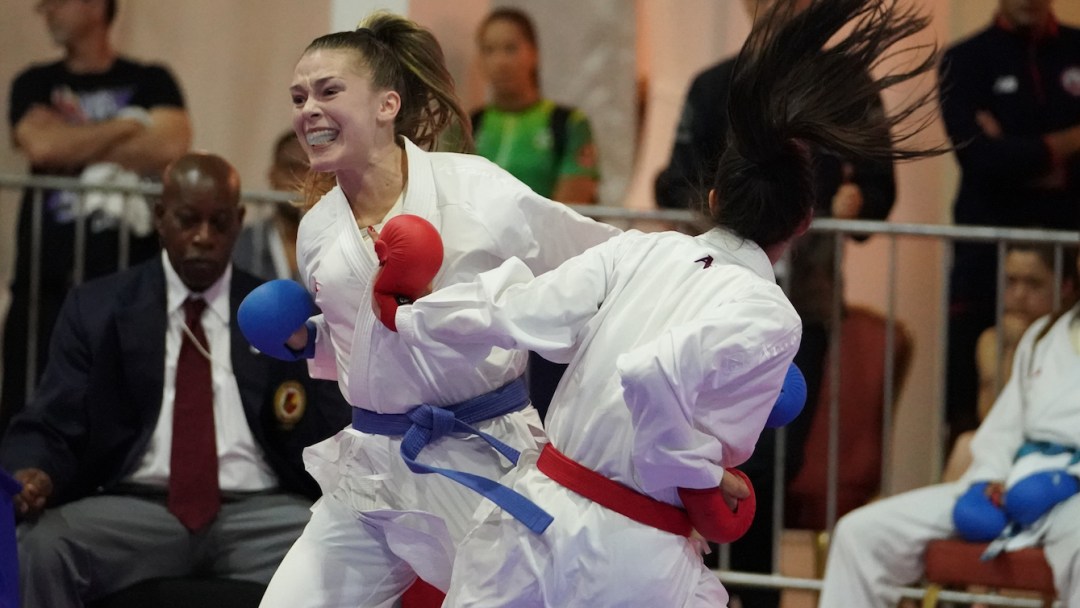 During Kate Campbell’s 23 years as a karate competitor, she has spent thirteen of them as a member of the national team. After competing at the 2009 World Junior Championships, she achieved a career highlight in winning bronze in the open weight category at the 2012 Pan American Championships, her first Pan Am podium finish in the senior fighting events. In 2015 she captured a silver medal in the 55kg category at both the Pan Am Championships and the Pan Am Games in Toronto. Campbell has stood on Karate 1 Premier League podiums twice, winning bronze in 2016 in Rotterdam and in 2017 in Paris.

A LITTLE MORE ABOUT KATE

Getting into the Sport: Started karate at age 5… Her parents enrolled her for the discipline and self-defence aspect… originally competed in both kata and kumite before specializing in kumite once she grew to love sparring… Outside Interests: Graduated from the University of New Brunswick – Fredericton in 2013 with Bachelor of Arts in Sociology and Bachelor of Science in Biology… Works as an administrative assistant at a local hospital… Would like to pursue a career in pediatric medicine… Loves spending time at home watching movies with her boyfriend, dog, and two cats… Odds and Ends: Favourite motto: “Follow your heart”… Role model is Douglas Brose, a two-time world champion from Brazil who is humble, comical, dynamic, ballistic, and passionate… Has been collecting souvenir shot glasses for her brother since she first started travelling with the national team… Gets inspired to compete by watching world champions compete at various tournaments on YouTube …

Jusleen Virk has participated in two editions of the WKF World Junior Championships. In 2012 she achieved a career highlight...

Camélie Boisvenue’s dream of representing Canada was sparked the day she found out that karate would be included at the...