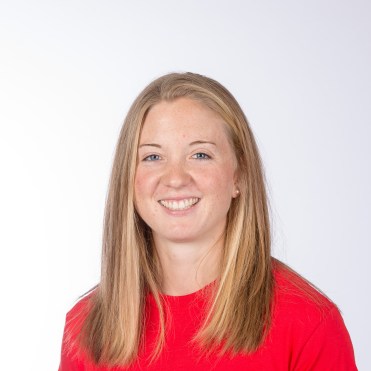 Kate Goodfellow never intended to pursue an athletic career when she and a few friends decided to try rowing after seeing an advertisement for the team at the University of Ottawa. But just four years later she was part of the gold medal-winning eight at the 2011 World U23 Championships. In her first trip to the senior world championships in 2013 she and the quad sculls crew of Emily Cameron, Carling Zeeman, and Antje von Seydlitz won silver. In 2014 Goodfellow was in the quad sculls that won silver at the World Cup in Lucerne and finished sixth at the world championships.

Family: Parents Jeff and Cindy Goodfellow… Younger sisters Laura and Rebecca… Getting into the Sport: Started rowing at age 18 in the novice program in her first week of university… The early mornings were rough but there was a feeling of accomplishment of having completed so much before the rest of campus had woken up each morning… Outside Interests: Graduated from the University of Ottawa with a Bachelor of Science in Psychology… Would like to pursue a career in occupational therapy… Odds and Ends: Favourite motto: “It’s not the will to win that matters, everyone has that. It is the will to prepare to win that matters” – Paul ‘Bear’ Bryant… Biggest role model has been close friend and Canadian teammate, Andrew Todd… Favourite Canadian sporting moment was when speed skater Gilmore Junio gave up his spot in the 1000m to Denny Morrison who went on to win silver…