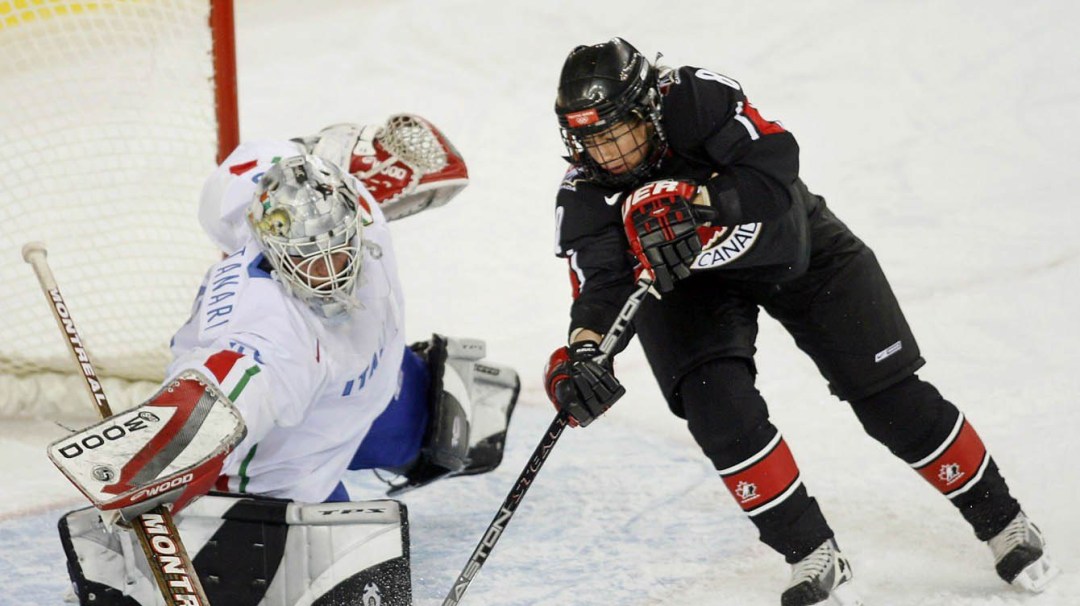 Katie Weatherston made her lone Olympic appearance as a member of Team Canada at Turin 2006 where she recorded five points in as many games en route to the gold medal.

A member of the women’s national program from 2004 to 2008, Weatherston appeared in two IIHF World Championships, winning gold in 2007 and silver in 2008.

Weatherston played collegiate hockey for Dartmouth College from 2002 to 2007, appearing in 124 games and recording 185 points. Weatherston went on to play one season (2007-08) in the CWHL, splitting the year between the Ottawa Capital Canucks and the Montreal Stars while recording 26 points in 17 games.

Weatherston was inducted to the Canadian Olympic Hall of Fame in 2012 with her teammates from the Turin 2006 Olympic hockey team.