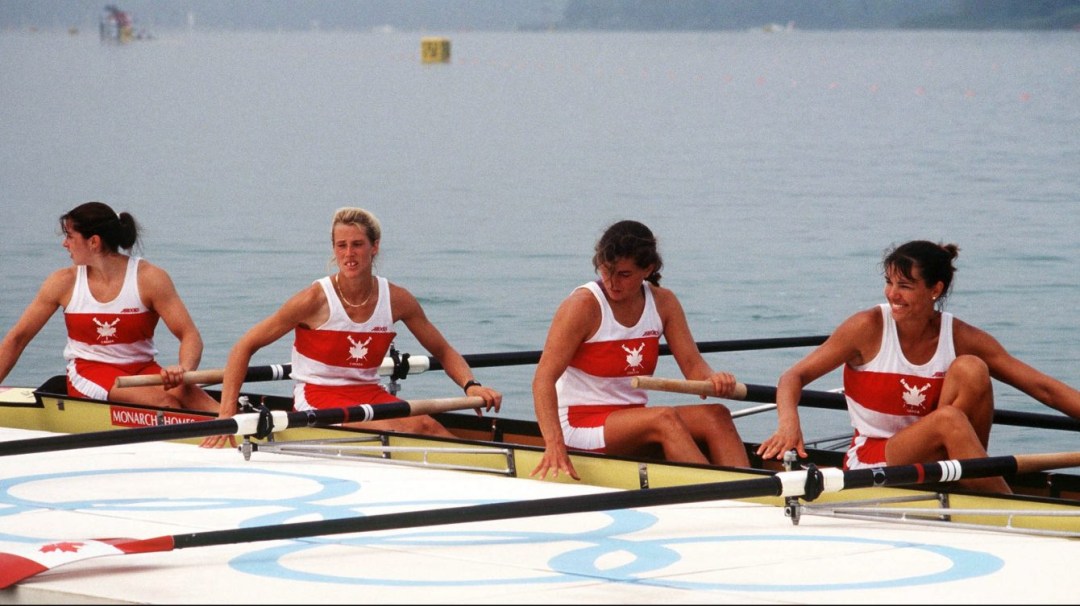 Kay Worthington made her Olympic debut as a member of the Canadian eights crew at Los Angeles 1984 just missing out on a medal finishing fourth. At Seoul 1988, she was paired with Silken Laumann in the double sculls, and finished first in the “B” final and seventh overall. She then briefly retired from the national team, coming back in time to qualify to row at Barcelona 1992. Worthington was a last minute substitute in the coxless fours event with Kirsten Barnes, Jessica Monroe and Brenda Taylor, winning her first Olympic gold medal. The next day, she won her second gold medal at Barcelona 1992 as a member of the eights crew with the four women from the fours plus Megan Delehanty, Marnie McBean, Shannon Crawford, Kathleen Heddle and coxswain Lesley Thompson-Willie. She is the first University of Toronto graduate to win two gold medals at one Olympic Games.

Worthington started rowing in 1979 during her freshman year at the University of Toronto where she studied international relations. She joined the national rowing team in the early 1980s finishing fourth in the eights at the 1981 and 1983 World Championships. After her graduation in 1983, Worthington switched to quadruple sculls and at the World Championships she finished seventh in 1985, and fourth in single sculls in 1987.

Retiring after Barcelona 1992, Worthington became a trader in Manhattan, served as the executive director of the Princeton Rowing Association, worked as a sports commentator, and had a business career in computer software marketing; in addition to acquiring a Master’s degree in Global Affairs with a focus on Renewable Energy from New York University. After 17 years of long distance dating, she married 1988 Olympic rowing bronze medalist and three-time Olympian American Mike Teti, the United States Olympic men’s rowing team coach.

The greatest female solo rower Canada ever produced, Silken Laumann’s failure to win an Olympic gold medal might be her…