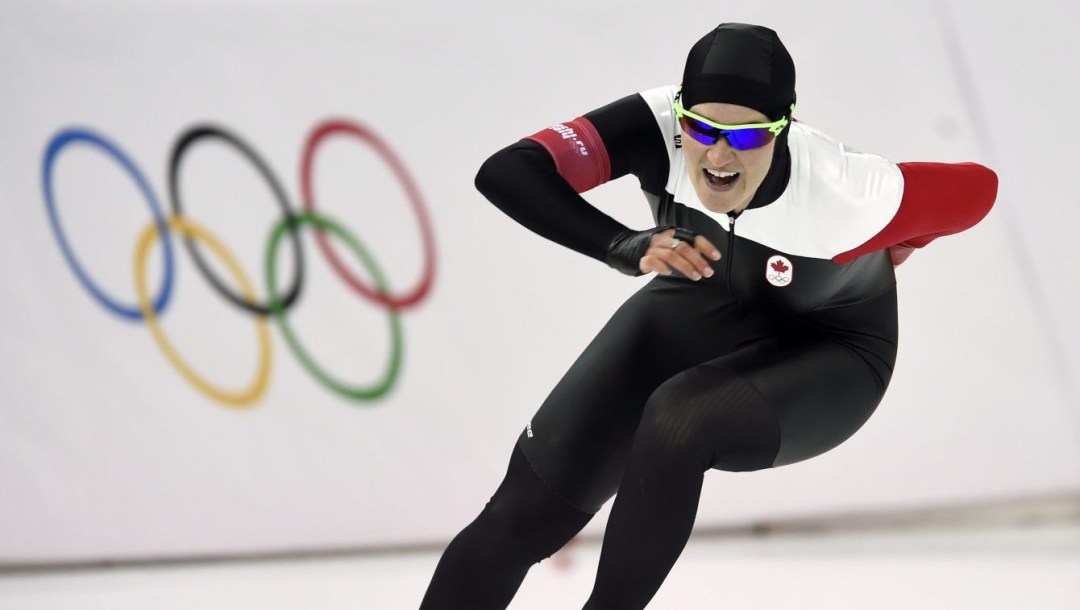 Kaylin Irvine had dreamed of being an Olympian since she was 11 or 12 and attended a western provinces summer ice camp. While listening to Olympic team members talk about their experiences, she just had a feeling that she was going to do that too. She became an Olympian herself at Sochi 2014 where she finished 17th in the 1000m. She also raced that distance at PyeongChang 2018.

Irvine made her World Cup debut in January 2012 and followed that up with her first ever trips to the World Sprint Championships and World Single Distances Championships. In 2012-13 she competed in her first full World Cup season and returned to the World Single Distances Championships where she finished 13th in the 1000m. She achieved her career highlight at a World Cup in Berlin in December 2013 when she finished seventh in the 1000m with what she has called “the perfect race”.

After not competing internationally in 2014-15, Irvine was back full time in 2015-16 and 2016-17. In March and April 2017 she suffered from two overlapping concussions. Despite setbacks almost every other week, she did recover to earn a spot on Canada’s World Cup team for the fall of 2017. She won a bronze medal as part of the non-Olympic team sprint in Stavanger, Norway in November.

A little more about Kaylin

Getting into the Sport: Started speed skating at age 10 after a family friend noticed how muscular her thighs were and suggested she try it… Loved racing against boys and showing her competitive nature… Outside Interests: Loves sport climbing, cooking, dinner parties, doodling… Instagrams her meals @gladlygourmand… Supports the BranchOut Foundation and Fast and Female… Has done general studies at the University of Calgary… Odds and Ends: Favourite quote: “Do what you can until you know better, and then do better”…