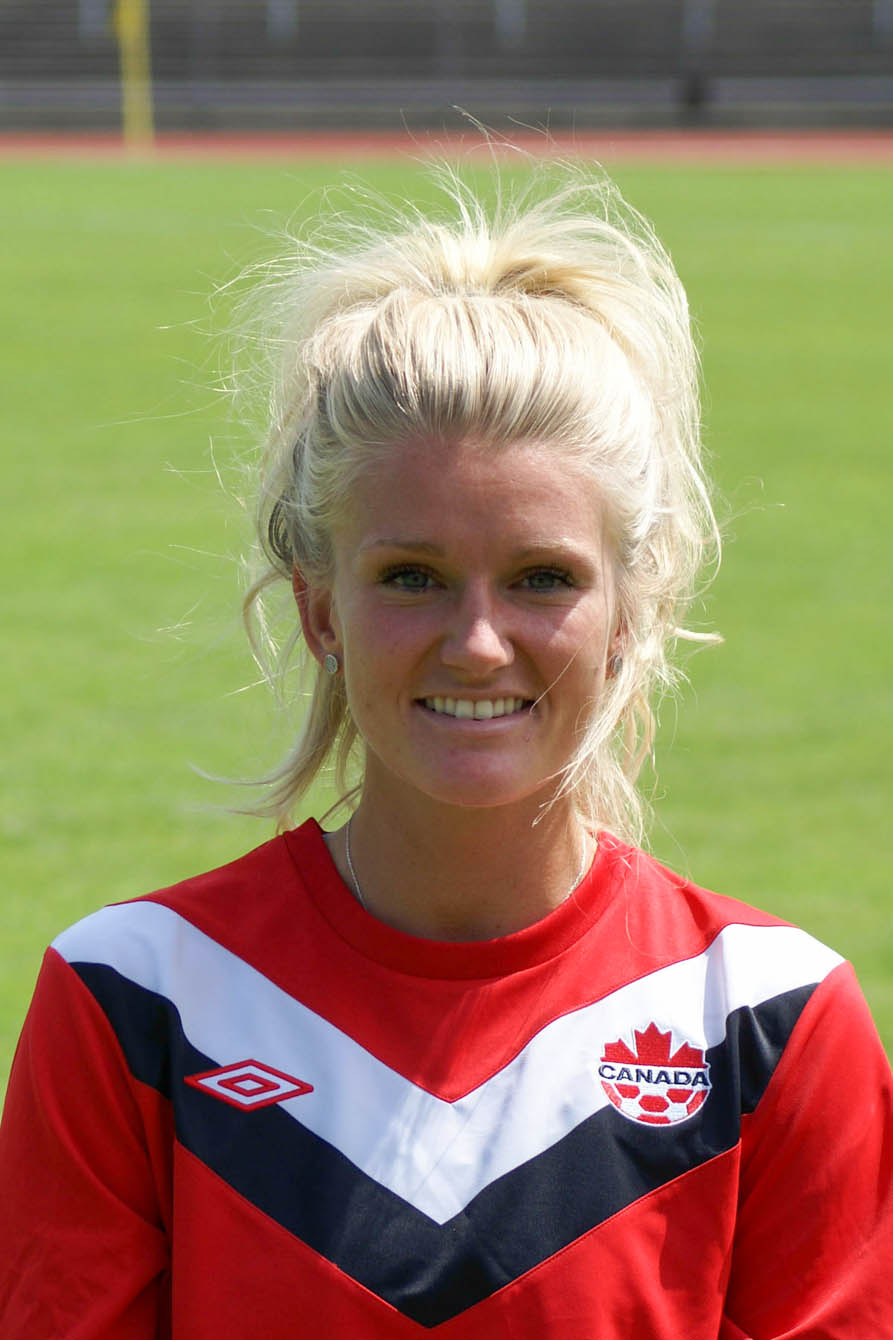 Midfielder Kaylyn Kyle made her Olympic debut at London 2012 where she appeared in all six of Canada’s games as the women’s team won bronze for the country’s first Olympic medal in a traditional team summer sport since Berlin 1936.

Kyle debuted with the national team in January 2008 and represented Canada at two editions of the FIFA Women’s World Cup, highlighted by a sixth-place finish on home soil in 2015. She made her lone Pan American Games appearance in 2011 when she helped Canada win gold in Guadalajara.

Kyle participated in the 2006 and 2008 FIFA U20 Women’s World Cups. From 2011 to 2014, she played in 62 consecutive international matches, contributing to her career total 101 international appearances before retiring in 2015. In 2019, she served as a studio analyst for the Canadian broadcast of the FIFA Women’s World Cup.