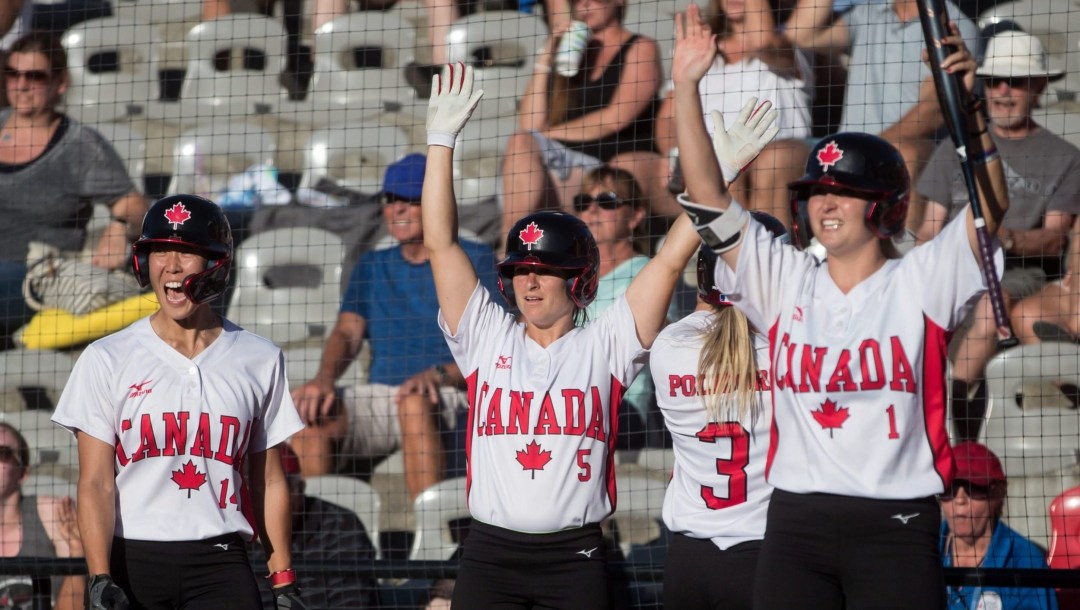 Kelsey Harshman joined the Canadian junior national team in 2015. She made her senior debut in 2018 at the Canada Cup where she was the tournament’s top hitter, leading Canada to its first gold at the event in 22 years. At the 2018 WBSC World Championships, she drove in five runs to help Canada win its second consecutive bronze medal.

Harshman was cut from the Canadian team that competed at the 2019 Pan Am Games in Lima but played her way back onto the roster for the WBSC Softball Americas Olympic Qualifier just a few weeks later. She was one of Canada’s biggest offensive threats, with a .533 batting average and 10 runs scored while leading the team with five doubles as Canada booked its ticket to Tokyo 2020. In her Olympic debut, Harshman recorded four hits and two RBI as Canada won the bronze medal.

Harshman played collegiately at the University of Wisconsin, helping the Badgers to back-to-back NCAA Tournament appearances in 2017 and 2018. She started in every single game throughout her four years, setting school records in all-time runs (180), on base percentage (.527), and consecutive games on base (40). She was the first freshman at UW to be named to the All-BigTen team, as well as the first three-time selection to the All-BigTen team in school history. She was also named to the 2017 All-BigTen Defensive Team.

Getting into the Sport: Started playing softball at age 8… Loves the constant game of failure and how a player is in control of their level of greatness… Her mom (Shannah Biggan) and aunts (Jodie Biggan, Alison Biggan) played on the national softball team and hearing about their journeys inspired her to play for Team Canada… Outside Interests: Graduated from the University of Wisconsin in 2018 with a Bachelor of Science… Works as a Behavior Tech for kids with autism… Enjoys volunteering with youth sports… Odds and Ends: Favourite motto: “The only place confidence comes from is inside YOU”… Collects keychains from her travels… Moved to British Columbia in 2019 to train full time with the national team…