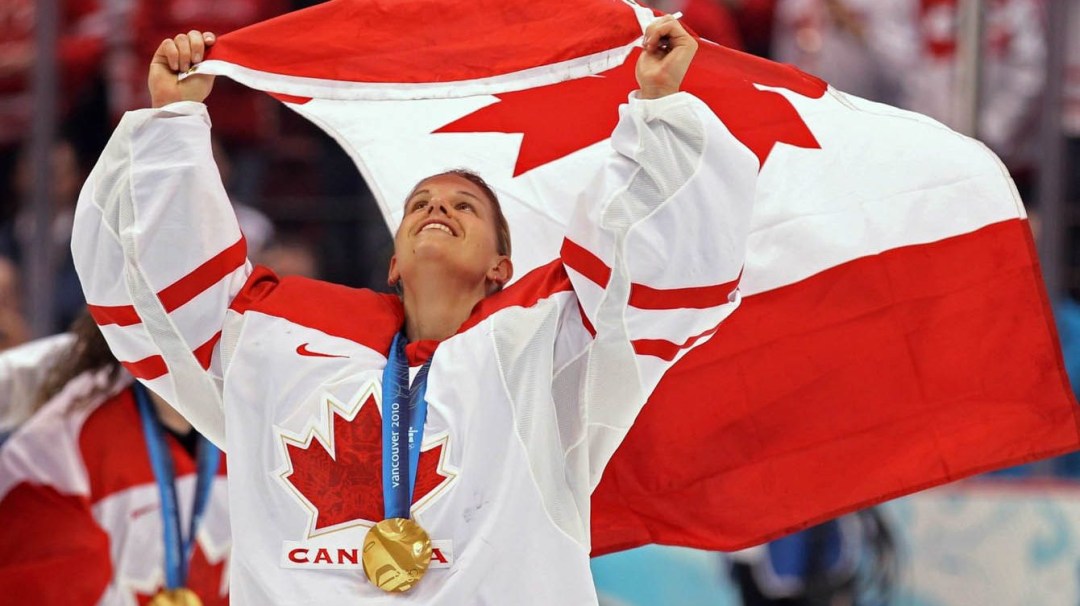 Kim St-Pierre made her Olympic debut at Salt Lake City 2002 where she backstopped Team Canada to the gold medal, posting a 1.25 goals against average and a .936 save percentage over four games. St-Pierre returned to the Olympic Games at Turin 2006 and Vancouver 2010 where she won two more gold medals with Canada, appearing in two games each tournament.

St-Pierre played collegiate hockey for McGill University from 1998 to 2003 while studying kinesiology. She went on to play for the Montreal Axion of the NWHL in 2007 and the Montreal Stars of the CWHL from 2007 to 2013. St-Pierre won the CWHL Championship in 2011 with the Stars.

St-Pierre was inducted to the Canadian Olympic Hall of Fame in 2012 with her teammates from the Turin 2006 Olympic hockey team.