• Represented Canada at the 2017 FIVB World Grand Prix
• Played at three NORECA Pan American Cups, highlighted by a fifth-place finish in 2015
• Won the 2014-15 CIS Championship with the Trinity Western Mustangs

A LITTLE MORE ABOUT KRISTEN

Getting into the Sport: Grew up learning volleyball from her parents who played at the University of Calgary and began playing competitively in grade six… Outside Interests: Graduated from Trinity Western University with a Bachelor of Science in Kinesiology in 2015… Odds and Ends: Collects board games from different countries she plays in… 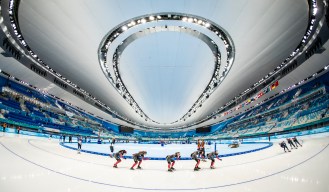