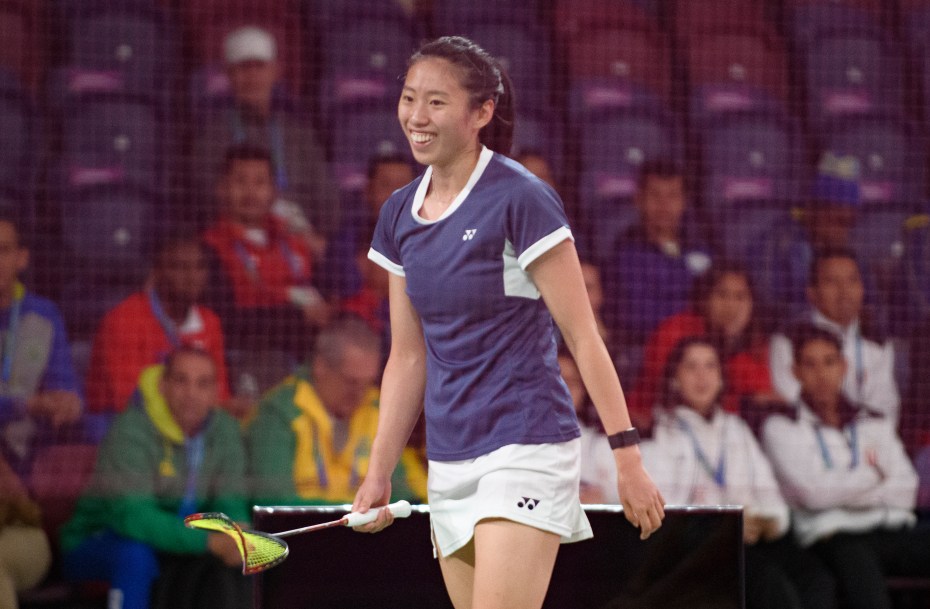 Kristen Tsai made history in 2011 when she became the first Canadian to reach the quarterfinals of the BWF World Junior Championships. That tournament was held in Taiwan, allowing her to compete in front of family who had never seen her play before. But in 2014, while training in Korea, she ruptured her left Achilles tendon and had to undergo surgery. It took three years before she could resume training and it remains her biggest challenge to keep her Achilles healthy.

Tsai competed at her first senior nationals in 2018, winning women’s doubles with Rachel Honderich and mixed doubles with Nyl Yakura, which made her realize she could still compete with the best in Canada, even after her difficult injury. It was also in 2018 that she competed at her first major multi-sport competition, the Commonwealth Games in Gold Coast, Australia.

In 2019, Tsai won two medals at the Pan Am Games in Lima, capturing the women’s doubles gold with Honderich and the mixed doubles silver with Yakura. Tsai and Honderich were also victorious at the 2018, 2019 and 2021 Pan American Championships. Another of their 2021 highlights was making the quarterfinals of the Swiss Open, a World Tour Super 300 event. Tsai and Honderich competed at their first Olympic Games at Tokyo 2020 where they posted a 1-2 record in women’s doubles group play.

Getting into the Sport: Started playing badminton at age 10 and began competing internationally at age 15… Odds and Ends: Collects shot glasses on her travels…Favourite motto: Everything is practice… Moved to Canada with her family when she was 10 months old…