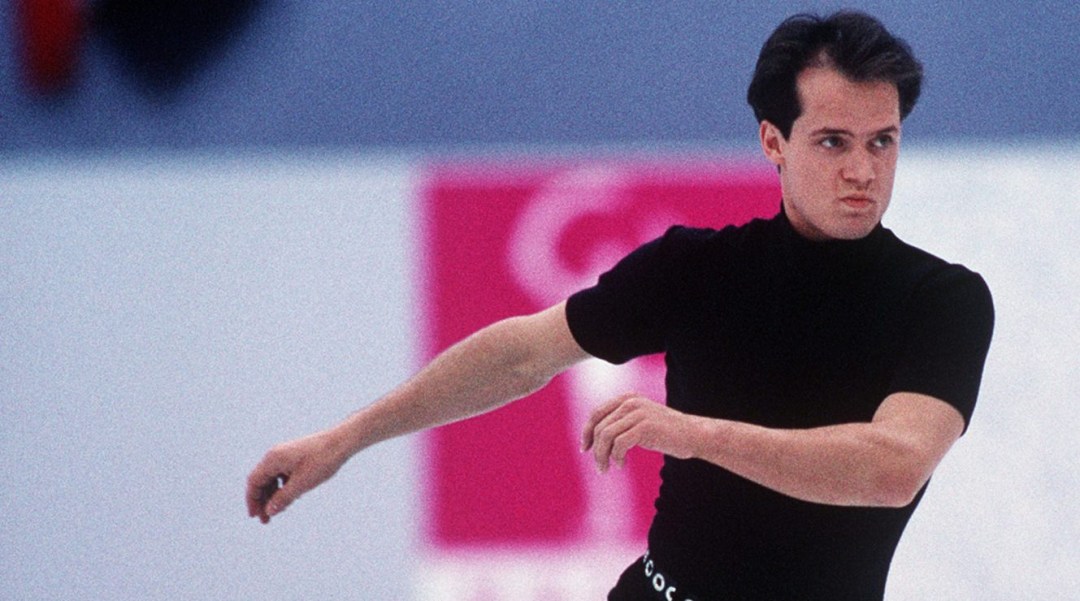 Kurt Browning made history at the 1988 World Figure Skating Championships when he became the first person to successfully land a quadruple jump in competition. He went on to win four world titles, including three in a row from 1989 to 1991.

Just a year after competing at his first world championships, Browning made his Olympic debut at Calgary 1988 where he finished eighth in the men’s singles event. A month later, he achieved the historic feat of landing the quadruple toe loop in his free skate at the worlds. He finished third in that portion of the competition and sixth overall, the last time he would miss the world championship podium.

The next season, compulsory figures were eliminated from senior international competition and Browning became the only figure skater to win world titles with and without the compulsory figures. He was honoured with another Lionel Conacher Award.

Heading into his second Olympic Games, Browning was touted as a top gold medal hope, but a back injury suffered in November 1991 severely hindered his ability to train. He didn’t compete at the 1992 Canadian Championships but was still named to the Olympic team. At Albertville 1992, he fell on the triple axel that opened his short program and ended up finishing sixth overall. At the world championships that followed a few weeks later, he took the silver medal behind longtime rival Viktor Petrenko.

Ahead of the 1992-93 season, Browning made a coaching change. He left Edmonton to move to Toronto to train with Louis Stong. His Casablanca free skate that was created for the season became iconic as he won his fourth world title.

His resumé made him a popular choice as Canada’s Opening Ceremony flagbearer at Lillehammer 1994. But jump troubles struck again in his Olympic short program, as he fell on his triple flip and singled a planned double axel to sit in 12th place. But a solid performance of Casablanca moved him up to fifth overall in his final competition.

Browning embarked on a lengthy career as a show skater, performing in Stars on Ice in the United States and Canada for almost another two decades. He also became a choreographer and commentator. In 1994, his television special “You Must Remember This” won five Gemini Awards.