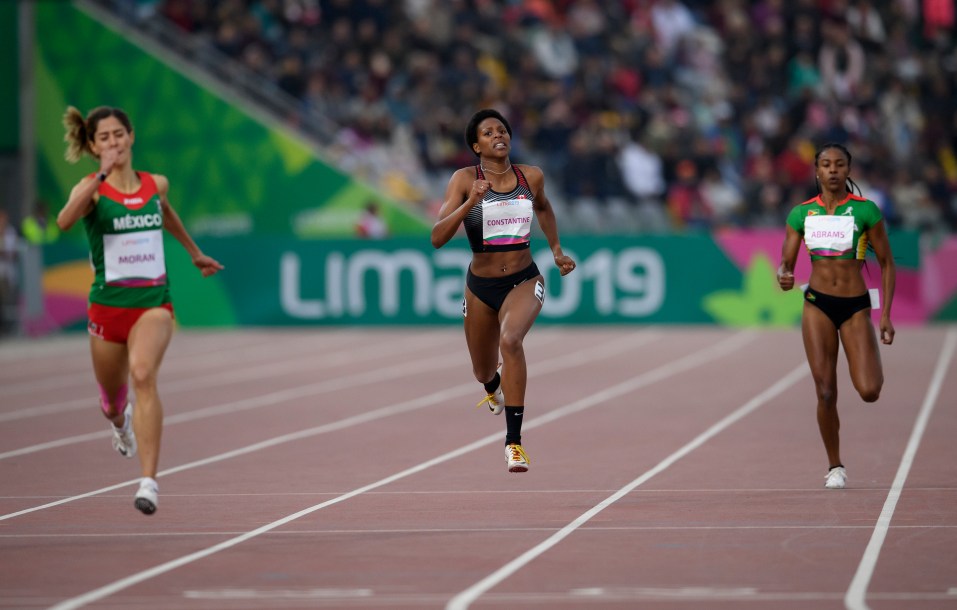 Kyra Constantine made her Olympic debut at Tokyo 2020 where she ran the third leg of the 4x400m relay that finished fourth in the final, missing the podium by just six-tenths of a second. She also competed individually in the 400m and advanced to the semifinals.

Constantine broke onto the international scene while representing Canada at the Nanjing 2014 Youth Olympic Games where she finished fifth in the 400m. She followed this up in 2015 by claiming her first major podium with a bronze at the IAAF U18 Championships in the 4x400m mixed relay. She also posted a fourth-place finish in the 400m.

Three years later, while attending USC, she claimed gold at the 2018 NCAA Championships in the 4x400m relay. In 2019, Constantine won 400m gold at the NACAC U23 Championships and followed it up a few weeks later by winning the Canadian title in the distance. She went on to finish fifth in the 400m at the Pan Am Games in Lima where she was part of Canada’s silver medal in the 4x400m relay.

In 2021, she finished third in the 400m at the NCAA Championships while running a personal best 50.87 seconds.

A Little More About Kyra

Getting into the Sport: Started running cross-country in grade three and began competing track in grade five… Outside Interests: Majoring in Communications at USC… Would like to pursue a career as a college coach… Enjoys going on road trips, playing guitar, piano, drums… Odds and Ends: Collects key chains from destinations she travels to for competitions… Favourite motto: “Live in the moment”…