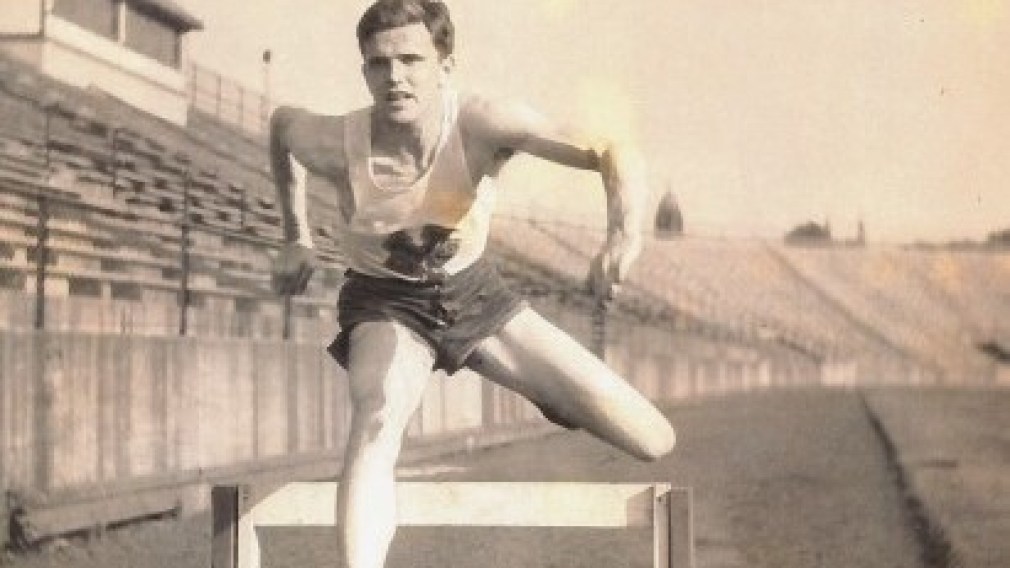 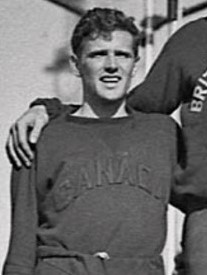 After a six-day journey aboard the S.S. Duchess of Bedford to compete at Berlin 1936, Canadian Larry O’Connor set a personal best time of 14.8 seconds to finish sixth in the 110m hurdles final. And while he was scheduled to compete in the 400m hurdles, he did not start.

Another highlight of O’Connor’s career was winning two medals at the 1938 British Empire Games as a member of the gold medal winning 4×110 yard relay team (alongside Jack Brown, John Loaring and Patrick Haley) and individually, a bronze in the 120 yard hurdles, which left him world-ranked number three for the year (he also finished fourth in the 220 yard). O’Connor set Canadian records in the 120 yard hurdles (which stood until 1963) and his 110m hurdles record of 14.8 seconds, set in 1939, stood until 1964. He also set a world’s indoor best in the 60 yard high hurdles at Maple Leaf Gardens in 1937.

A natural talented athlete, O’Connor started working with Los Angeles 1932 Olympic hurdler, Art Ravensdale at age 13 when they moved to Cobourg. O’Connor attended the Ontario Athletic Commission Camp on Lake Couchiching and became the first boy to swim to an island one mile away. His mother May passed away when he was just 11 months old. His father, a county court judge, remarried and had O’Connor’s two sisters. While studying Political Science and Economics at the University of Toronto he was also a member of the varsity track team and teammate of Olympic hurdler Jim Worrall, Canada’s Olympic flag bearer at Berlin 1936. In 1941, O’Connor graduated from Osgoode Law School, joined the law firm of James McNevin in Chatham, Ontario, married Helen Conway of Huntsville, and joined the Army. After being wounded at Caen, France, he returned to Canada and rejoined the law firm of McNevin, Gee, O’Connor. In 1988, at the age of 71, O’Connor ran with the Olympic Torch on a road near Chatham as part of the cross-Canada relay before Calgary 1988. He passed away in Chatham in 1995.