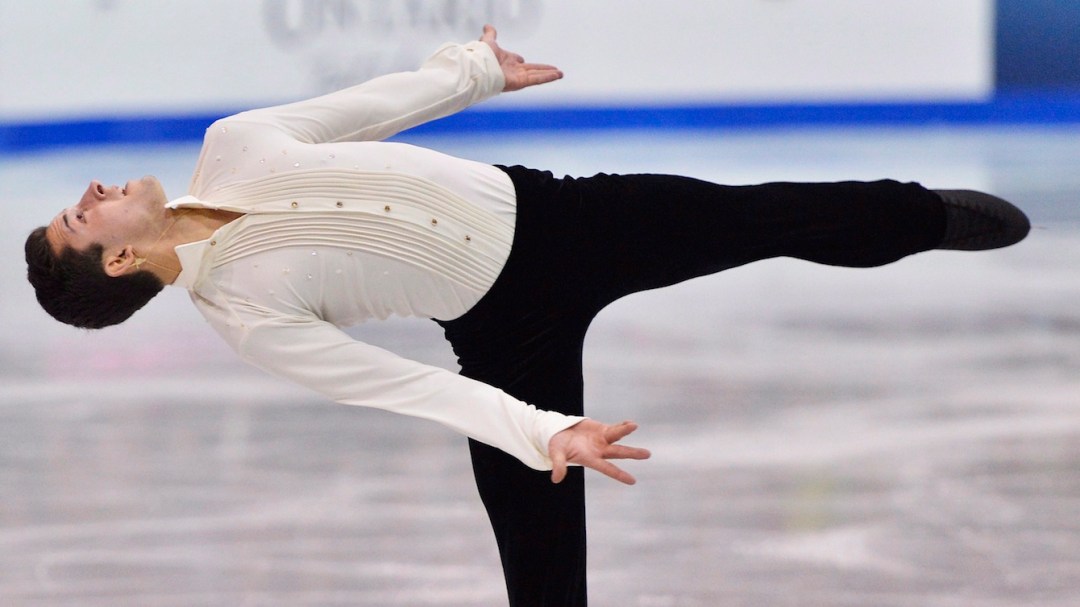 Liam Firus came to national prominence when he won the Canadian junior title in 2010. The next year he began competing as a senior at the national championships, finishing sixth in 2011 and 2012 before placing fifth in 2013. He had considered withdrawing from the 2013 nationals because of a groin injury, but battled through the pain to produce his career best result to that point. After returning home, he had to take several months away from the ice to fully recover and didn’t resume full training for the Olympic season until the beginning of September 2013. Firus also decided to leave Vancouver to train fulltime in Colorado Springs with Patrick Chan’s former coach Christy Krall.

Firus has twice competed at the ISU World Junior Championships, finishing 20th in 2011 and eighth in 2012. He made his ISU Grand Prix debut at Skate Canada International in October 2012.

Getting into the Sport: Started skating at age nine to improve his ability as a hockey player… Slowly transitioned in figure skating, for which he did his early lessons in hockey skates… Outside Interests: During the off season enjoys swimming, going to the beach and cliff jumping… Has his Canadian securities course certificate hoping to be a certified stock broker… Odds and Ends: Favourite Olympic memory is Russian Alexei Yagudin skating and winning at Salt Lake City 2002… Role model is Swiss Olympic medallist Stephane Lambiel because he is a well-rounded skater athletically and artistically… Has a necklace that he never takes off… Left skate always goes on first… Eats fruit with peanut butter before competing… Favourite quote: “To give anything less than your best is to sacrifice the gift.” – Steve Prefontaine… His 2014 free skate music, The Bolt by Dmitri Shostakovich, was used by Brian Orser at Calgary 1988…