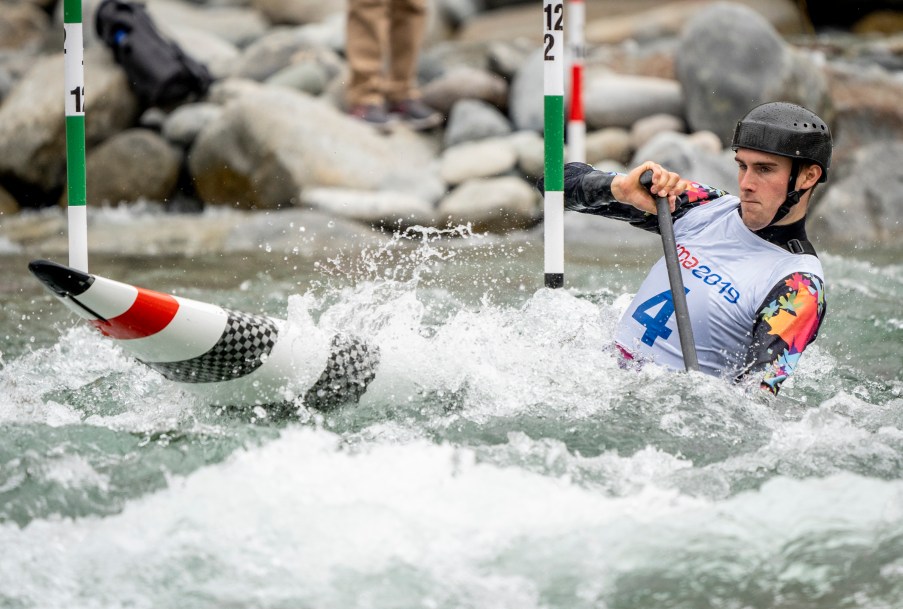 • First represented Canada internationally at the age of 17 when he competed in C-1 at the 2012 ICF Junior World Championships,
• Dislocated left shoulder followed by surgery in 2014 almost forced him out of high-level competition, but he returned to win the C-1 U23 event at the 2015 nationals
• Also won C-1 U23 national titles in 2016 and 2017 before finishing second at the 2018 Canadian Championships
• Has been competing on the ICF World Cup circuit since 2015

Getting into the Sport:Took up canoeing because it was an activity his entire family participated in… Used to follow his mom down race courses because he was scared until one day he passed her during a run… Paddled his first slalom canoe at the age of 10, the same year he entered his first national championships… Outside Interests:Enjoys running, backpack adventuring, and sewing in his time off… Served on the Canoe Kayak Canada Athletes Committee in 2015-17… Odds and Ends:Older brother Cameron won C-1 silver at the Toronto 2015 Pan American Games and represented Canada at the Rio 2016 Olympic Games… Favourite quote “Learn from yesterday, live for today, hope for tomorrow. Never stop questioning.” – Albert Einstein…