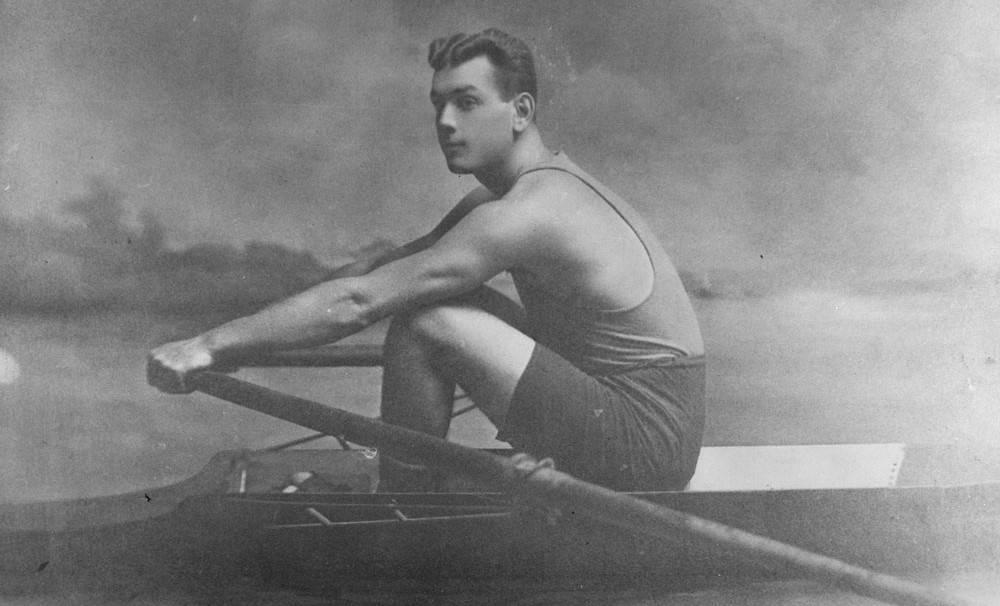 Lou Scholes, Sr. reached the quarter-finals in rowing’s single sculls at London 1908, his only Olympic race. In a relatively short rowing career Scholes brought high honours to his club and to his country. In 1903, he won both the Canadian and American double sculls titles (with Frank Smith); in singles, he won the Dominion Day regatta in Toronto, the Canadian Henley, and the National Rowing Association of the USA title. By 1904 he was ready for Henley-on-Thames and while setting a course record, Scholes, Sr. was the first Canadian to win the Diamond Sculls, the oldest and most prestigious rowing event in the world. He returned to a civic reception before an estimated 80,000 of his fellow Torontonians, including the legendary Ned Hanlan. Typhoid fever prevented him from defending his title in 1905.

Growing up in a motherless, sporting family, Scholes, Sr. father John was an all-round athlete competing in rowing, athletics, snowshoeing and boxing while his brother Jack was a Canadian and American boxing champion. After a record setting teenage career in athletics, Scholes, Sr. was 18 years old when he focused solely on rowing, getting his start at the Don Rowing Club where his father was an official. He quickly began winning at the national and international level and by 1903 was the North American singles and double sculls champion.

After winning the 1909 Pacific Coast Championships in British Columbia, Scholes, Sr. retired from rowing. He was a member of the Queen’s Own Rifles Bugle Band and served with the 48th Highlanders and the 180th Sportsmen’s Battalion, but due to a broken leg, he did not travel overseas to World War I. Scholes, Sr. was a captain as the Director of Sports for Military Division #2 serving in Siberia for six months as brigade transport officer with the Canadian Expeditionary Forces. As a sports administrator, Scholes, Sr. was the supervisor of the track and field selection for the Ontario Amateur Athletic Union, a judge with the Ontario Boxing Commission, and an executive with the Sportsmen’s Patriotic Association.

Rower Jack Guest won a silver medal in the double sculls at the 1928 Olympic Games in Amsterdam.

Kevin Kowalyk made his Olympic debut in 2012 in the men’s double sculls event. He and partner Michael Braithwaite finished…