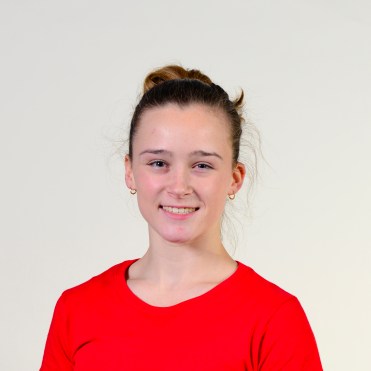 Maegan Chant’s breakthrough season came in 2013, her first year competing as a senior. She won all-around bronze as well as vault gold at the Canadian championships before going on to make her debut at the FIG World Championships. She also captured her first World Cup medals, taking vault silver at the World Cup Vendespace in France as well as floor exercise gold and vault bronze at the Challenge Cup Cottbus in Germany. In 2014 Chant won a pair of medals at the Pacific Rim Championships, including an individual bronze in vault. She had a couple of near-podium results at the Commonwealth Games and the Pan Am Championships, finishing fourth in vault at both competitions.

Family: Parents Nick and Tanya… Younger sister Emily competes in triathlons… Younger brother Jacob… Getting into the Sport: Started gymnastics at age 3… Her parents enrolled her because she had too much energy… Outside Interests: Enjoys doing artwork, photography, reading, watching movies, baking… Volunteers at her church… Graduated Waterdown District High School in June 2015… Odds and Ends: Nickname: Maeg… Says a prayer before competing… Pictures are the most important things she collects from her travels because they are lasting memories… Favourite quote: “With God all things are possible” – Matthew 19:26…