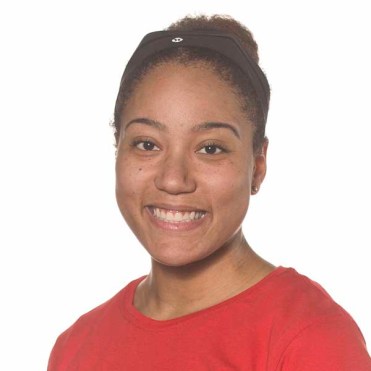 Malinka Hoppe is a relative newcomer to senior international competition after finishing 14th in individual épée and being part of Canada’s fourth place finish in team épée at the 2015 Pan American Championships. As a junior she competed in five FIE Cadet and Junior World Championships from 2009 to 2013. She began as a foil competitor, then competed in both weapons in 2010 before focusing on épée. Her best individual result came in foil when she finished 21st in 2010. As a junior Hoppe won individual épée bronze at the 2013 Junior Pan American Championships. She also posted her career-high year-end ranking of 39th as a junior in 2013.

A little more about Malinka

Getting into the Sport: Started fencing at age 11… Had to pick a sport when she moved to Canada and her mother suggested fencing because she had wanted to try it when she was younger but never had the chance… Outside Interests: Studying languages/translation at Concordia University… Works at a café twice a week… Enjoys reading French literature, running, yoga, playing with her dog Cesar… Odds and Ends: Favourite motto: “Think gold, never settle for silver”… Biggest role model has always been Serena Williams because of her mental strength… Has a good luck charm on a bracelet that she always wears with holes in the shape of stars… Nicknames: Mali, Linky, Malinky… Would get annoyed if she forgot to pack her Beats headphones and the charger…

When she retired in 2013, Sherraine Schalm did so as Canada’s most decorated fencer, having won two of the country’s...