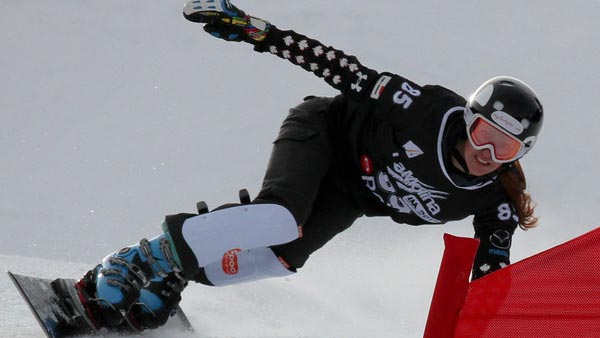 Marianne Leeson has wanted to attend the Olympic Games for as long as she can remember. She finally got the chance at Sochi 2014, where she posted the best ever result by a Canadian woman in the parallel giant slalom with her fifth place finish. She also finished 27th in the Olympic debut of the parallel slalom.

Leeson got a taste of multi-sport competition at the 2007 Canada Winter Games in Whitehorse where she won gold in parallel giant slalom. It was the first time that snowboard had been included at the Canada Games.

Although she had been competing at Canadian World Cup stops since December 2005, it was during the 2009-10 season that Leeson was first included on the World Cup squad that competed internationally. She would serve as a forerunner during the Vancouver 2010 Olympic Winter Games.

Leeson had her breakout season in 2011-12 when she became a regular on the World Cup tour and posted her first top-20 finishes (she had four that season). In 2012-13 she competed at her first FIS World Championships and earned her first top-10 World Cup result when she finished ninth in the PGS in Arosa, Switzerland in March.

Getting into the Sport: Grew up in a sports-oriented family… Started skiing at age two because she wanted to follow her sister who was a racer… Ski raced every weekend from ages seven to 12, when she tried snowboard and fell in love with it… Made the switch to snowboard the following winter… Outside Interests: During the season enjoys biking, reading and going for tea… In the off-season enjoys camping and playing soccer and tennis…  Works at the Calgary Tennis Club… Odds and Ends: Sponsors a girl in Chile, sending her clothes and school supplies… Always travels with her tea bags… Favourite Olympic memory was watching Jasey-Jay Anderson win the gold medal at Vancouver 2010… Favourite motto: “It’s not how big you are, it’s how big you play.”