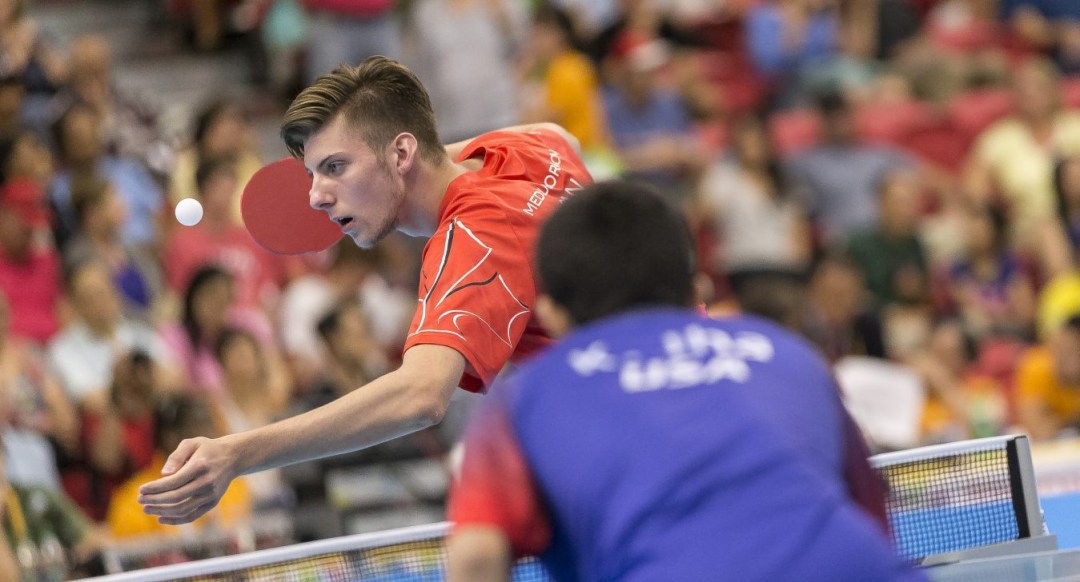 Marko Medjugorac has wanted to represent Team Canada since attending his first international competition in Italy when he was 13. He joined the National Training Centre Group in August 2012. Among his junior highlights are the first time he made the final at the national championships in the U15 division and finishing second in the U21 division at the 2014 Canadian Championships. He went on to compete at the 2014 ITTF World Junior Championships before moving up to compete as a senior in 2015, beginning with the World Team Cup in Dubai in January. At the Toronto 2015 Pan Am Games, Medjugorac won bronze in the team event. He went on to compete at the 2017 ITTF World Championships and the 2018 Commonwealth Games.

Getting into the Sport: Started playing table tennis at age 10… Liked that it was an individual sport, but it was after competing at the Quebec Games that he really got the competitive bug… Odds and Ends: Role model is Olympic gold medallist Ma Long … Favourite motto: “Suffer now and live the rest of your life as a champion”…