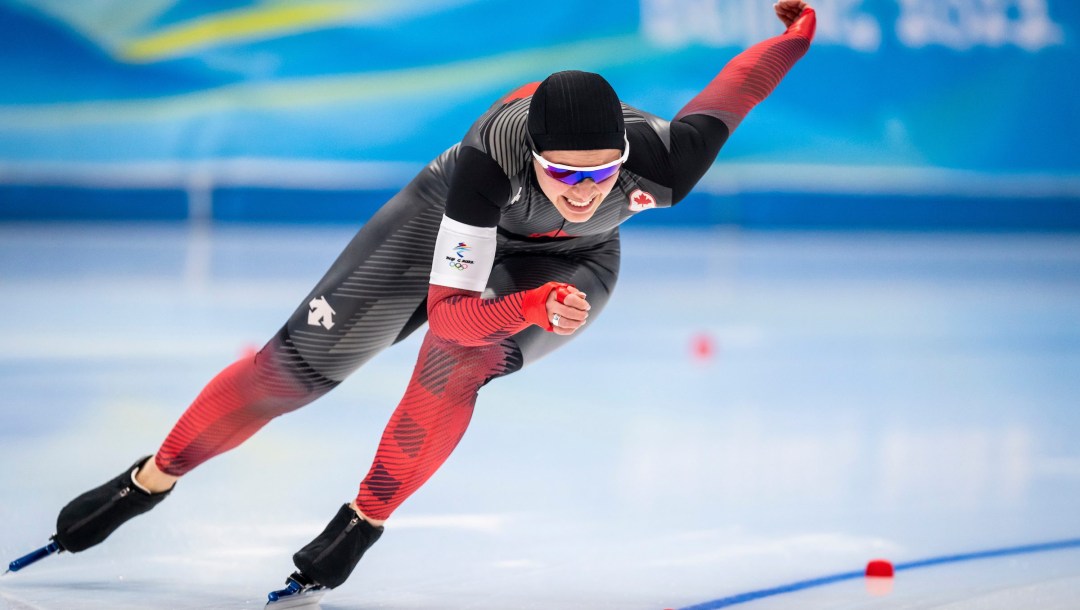 Hailing from a family of speed skaters – including her father, two brothers and her sister – Marsha Hudey found herself on the Olympic team for Sochi 2014 in her first season competing on the World Cup circuit. She went on to finish 32nd in the 500m in her Olympic debut. The following year she competed at her first World Single Distances and World Sprint Championships.

In 2017, Hudey finished an impressive sixth in the 500m at the World Single Distances. She set her 500m personal best (37.30) during Canada’s World Cup selections. Hudey went on to end the 2016-17 season ranked fourth overall in the World Cup 500m standings thanks to four fourth-place finishes as she grew ever closer to her first individual World Cup podium. She had won a team sprint bronze at the World Cup in Calgary in November 2015.

Her individual breakthrough came in November 2017 when she won a 500m silver in Stavanger, Norway where she also picked up another bronze in the team sprint. She had qualified for the World Cup team despite tearing a ligament in her right ankle and experiencing vertigo just four weeks before the national trials that fall. Named to her second Olympic team, Hudey was Canada’s top-ranked woman in the 500m at PyeongChang 2018, finishing 10th.

In the 2018-19 season, Hudey won her first national title in the 500m. She would claim her second in the fall of 2021, returning to competition for the first time since the 2020 World Single Distances Championships. Hudey had opted out of competing in the bubble in Heerenveen that hosted two World Cups and the World Single Distances Championships in January and February 2021. She competed at her third straight Olympic Games at Beijing 2022.

Hudey has been training at the Olympic Oval in Calgary since 2008. At the 2007 Canada Winter Games in Whitehorse, she won gold in the 100m, 500m and team pursuit.

A little more about Marsha

Getting into the Sport: started speed skating at age four and trained on an outdoor oval in Regina… Her dad had been a competitive skater while growing up and has always coached her in some way… Has wanted to be an Olympian since watching Catriona Le May Doan win gold for Canada… Also has vivid memories of curler Marcia Gudereit visiting her rink and letting her hold her gold medal from Nagano 1998… Outside Interests: Enjoys golfing, cooking, baking, fishing… Works as a physiotherapy assistant in a Regina hospital… Received her undergraduate degree in Community Rehabilitation and Disability Studies from the University of Calgary in 2014… Odds and Ends: Cousin Quinton Howden won a bronze medal for Canada in men’s hockey at PyeongChang 2018… Collects Starbucks mugs for her parents from her international travels…