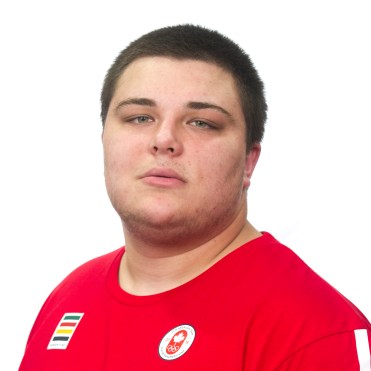 Martin Rygielski has recently dominated the +100kg category in Canada, winning national titles in both the U-21 and senior divisions at the 2014 and 2015 Canadian Championships. He had first won the U-21 national title in 2013 while finishing second as a senior. Rygielski gained invaluable multi-sport competition experience at the 2014 Commonwealth Games where he finished seventh in the +100kg category. He also competed at the IJF World Junior Championship in 2014. One of his career highlights is winning the Elite 8 competition in January 2015 that featured Canada’s best judokas.

Family: Parents Paul and Eva Rygielski…Older brother Mark… Younger sister Natalie also competes in judo… Getting into the Sport: Started in judo at age 11 when his mother enrolled him… He had been in hockey but it wasn’t the right fit… Outside Interests: Studying hotel, hospitality, and tourism… Odds and Ends: Pre-competition routine includes meditating with music…