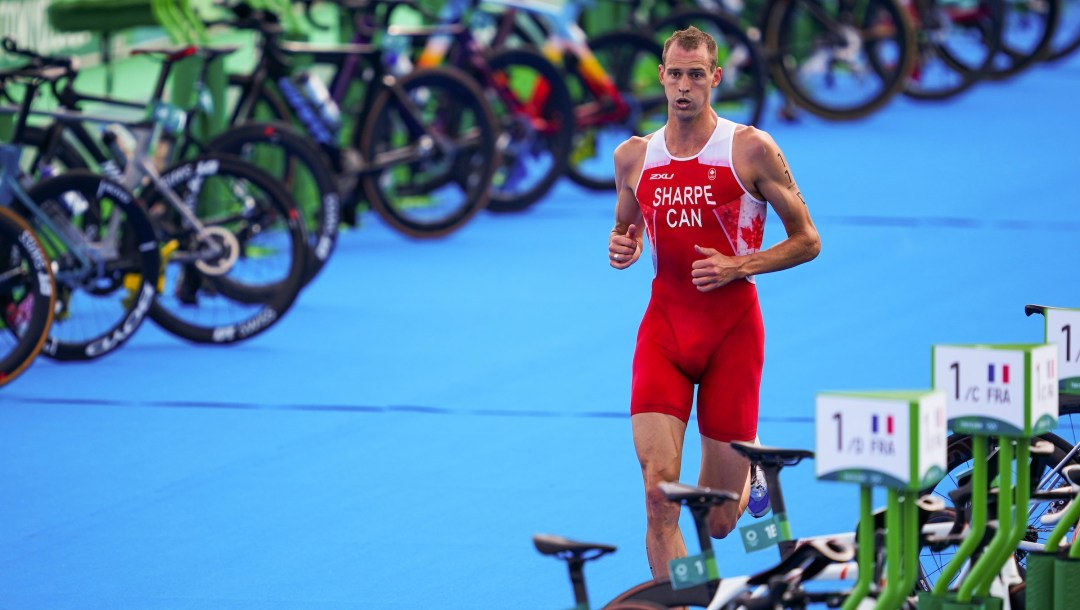 Matt Sharpe first competed for Canada at the Junior Pan American Championships in 2008. In 2010, he posted a ninth-place finish at the Junior World Championships. He then competed at three straight U23 World Championships while also entering elite races on the Pan American Cup and World Cup circuits. He recorded his first international victory at the 2011 Pan American Cup in San Francisco. He earned his first World Cup top-10 results in Edmonton in 2012 and entered his first World Triathlon Series event in San Diego in 2013. Sharpe represented Canada at the 2014 Commonwealth Games, where he was part of a fourth-place finish in the mixed team relay.

During this time, Sharpe had to deal with significant overuse injuries, which contributed to years of inconsistent racing before he learned to listen to his body and how to better handle his training load. In 2016, he finished second at the Canadian Championships and earned his first World Cup podium in Montreal. He finished 11th at the World Triathlon Series event in Edmonton and competed in his first elite ITU Grand Final.

In 2017, Sharpe earned four top-10 finishes at World Cup events and finished a career-high 16th at the ITU Grand Final. He competed at his second Commonwealth Games in 2018 where he was the top Canadian in the men’s race with his ninth-place finish. He was also part of another fourth-place finish in the mixed team relay. Since then, he has continued to accumulate top-10 results on the World Cup circuit.

Sharpe made his Olympic debut at Tokyo 2020 and set the pace during the bike, sitting as high as second place. With his job of setting up teammate Tyler Mislawchuk for a strong finish done, Sharpe fell back in the run and finished 49th.

Getting into the Sport: First triathlon was at age 10, was also a competitive swimmer growing up… In highschool he was the only triathlete and would have to train by himself, which usually meant 5am wake-ups to run in the rain on Vancouver Island… Inspired to compete for Canada by Simon Whitfield’s gold medal race in Sydney 2000…  Outside Interests: Would like to pursue a career in urban design and planning… Enjoys coffee, cooking, exploring new nieghbourhoods at competitions, spending time with friends and family as much as possible during the ‘off-season’… Odds and Ends: Has a small pre-race joke with teammate Tyler Mislawchuk before each event that ‘this is their last race ever’, as a way to take the edge off at the starting line and appreciate the opportunity… Favourite quote: “There is beauty in the attempt” -Joseph Plaskett, Sharpe’s great-uncle, who was a famous Canadian painter…