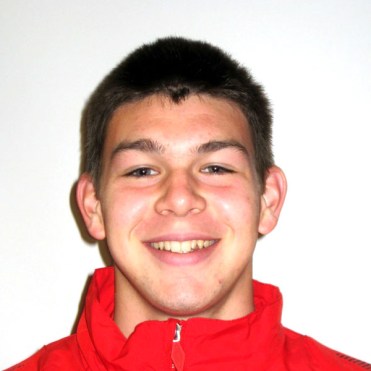 In 2010 Maxime Crépeau made his debut in the Canadian youth program at age 15. He won a silver medal with Canada at the 2011 CONCACAF Under-17 Championship and then was part of that year’s FIFA Under-17 World Cup squad. In 2013 he competed at the Jeux de la Francophonie. He was invited to his first Men’s National Team camp in January 2014. Crépeau joined the Impact Academy in 2010 where he played three seasons with the U-21 team. After signing his first professional contract at age 18, in 2013 he became the fourth Homegrown Player to join the Montreal Impact first team. He currently plays for FC Montreal of the United Soccer League.

Family: Parents Rémi and Huguette… Older brother Simon… Getting into the Sport: Started playing soccer at age 8… Loves the sport because of the perseverance needed, the adrenaline, and the competition… Outside Interests: Enjoys hockey, tennis, watching movies, reading, travelling… Involved with the Montreal Impact charity foundation… Odds and Ends: Favourite motto: “I learn humility in victory, toughness in defeat, and that the value of a man isn’t measured in the number of times he falls but the number of times he gets back up”… Favourite player is Iker Casillas because of his style and personality… Has two lucky bracelets… Nickname: Max, Creps…