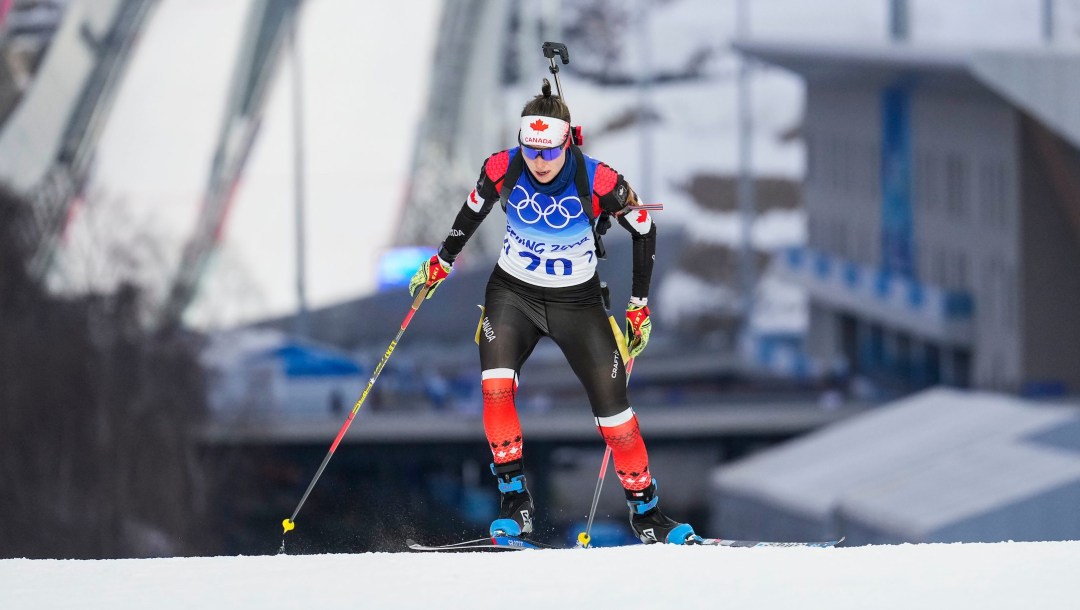 Megan Bankes made history at the 2017 IBU Junior World Championships where she won gold in the individual event to become the first Canadian woman ever crowned a world junior champion in biathlon.

In her first full senior season in 2018-19, Bankes won a bronze medal in the sprint at the IBU Cup in Obertilliach, Austria. She also posted a sixth-place finish in the single mixed relay at the World Cup in Pokljuka with Christian Gow. When the World Cup came to home Canmore in February 2019, she posted her career-best individual result, placing 25th in the 12.5km individual event. It was also in 2019 that Bankes competed at her first senior world championships.

In her second trip to the senior worlds in 2020, Bankes teamed with Emily Dickson, Emma Lunder and Nadia Moser for a ninth-place finish in the women’s relay. Just a couple of months earlier, Bankes, Lunder, Moser and Sarah Beaudry had finished fifth in a World Cup relay in Hochfilzen, just 5.2 seconds off the podium.

During the 2020-21 season, Bankes matched her best solo World Cup performance, finishing 25th in the 15km individual event in Antholz-Anterselva. She broke into the top-50 for the first time on her own at the world championships, finishing 35th in the sprint and 46th in the pursuit.

Bankes struggled with a knee injury throughout the spring and summer of 2021 and was also diagnosed with celiac disease. After taking some time to figure out what brought her joy, she decided she wasn’t done with biathlon. Happy just to be racing when the 2021-22 season began, she started out on the IBU Cup circuit before joining the World Cup team.

Bankes made her Olympic debut at Beijing 2022 where she competed in three events. She announced her retirement from biathlon on March 30, 2022.

Getting into the Sport: Started cross-country skiing at age 3 and began competing in biathlon at 11… Realized she wanted to compete on the world stage when she competed at her first trials for the world youth team… Outside Interests: Coaches at her home club, Foothills Nordic, two or three times a week… Would like to pursue a career in ecology/wildlife biology… Enjoys sledding, flying kites, site seeing, reading, playing music, cooking, mountain biking, hiking, and exploring the wildlife around Canmore…