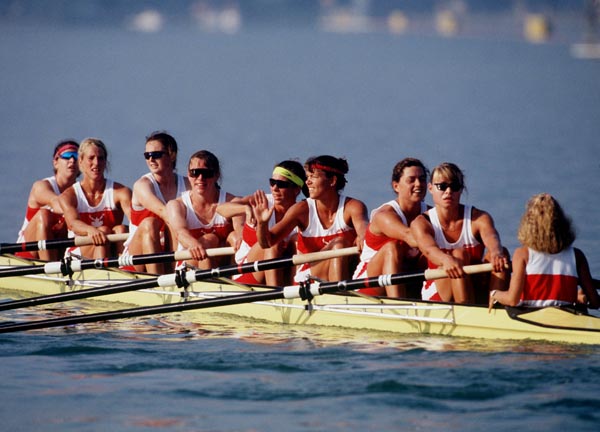 Canadian rower Megan Delehanty was a member of the eights crew that was completely dominant in the Barcelona 1992 final winning the gold medal in Olympic record time, over three and a half seconds ahead of the Romanians.

Delehanty had a brief yet successful career as a rower which started in her third year at the University of Alberta in 1988, leaving her track and field days behind her. She started rowing at the Edmonton Rowing Club and continued at the University of British Columbia. She represented Canada as a member of the under-23 eights crew at the 1990 United States Rowing Championships joining the senior national team in 1991 and becoming World champion with the eights crew.