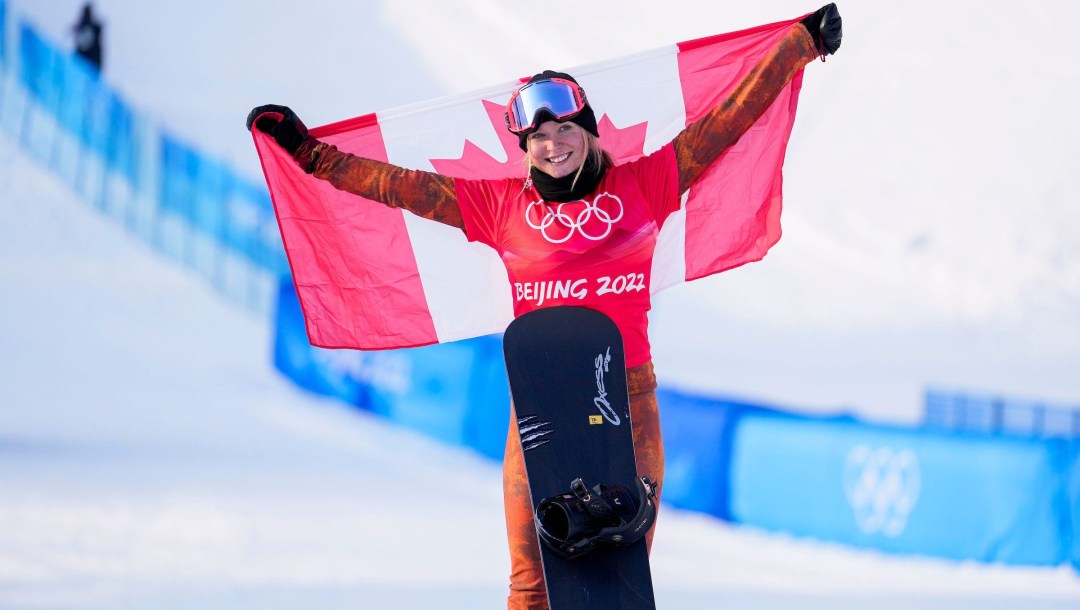 Four years after missing her first chance to compete at the Olympic Games due to injury, Meryeta O’Dine was a double medallist at Beijing 2022. She won bronze in the women’s snowboard cross event and then teamed with Eliot Grondin to win bronze in the first Olympic mixed team snowboard cross event. In the latter, O’Dine was lauded for her effort to get up and finish the final after an Italian competitor landed on her coming off a jump.

O’Dine earned her first career World Cup podium in February 2017 when she finished third in a snowboard cross race in Feldberg, Germany. It was her career best result since debuting on the circuit in March 2015 and the first time she had advanced to a four-woman big final. Her breakthrough that season was not without adversity. In September 2016 she suffered a concussion while training in South America. In December she endured a bruised heel and nearly ruptured a ligament before the first World Cup. While making her debut at the senior FIS World Championships in March 2017, she suffered the fourth and most severe concussion of her career during her time trial run.

During the 2017-18 season, O’Dine recorded eight top-10 finishes on the World Cup circuit, which included making one big final and three small finals. She also won two medals with Zoe Bergermann in the women’s team snowboard cross. Named to her first Olympic team, O’Dine unfortunately didn’t get the chance to compete at PyeongChang 2018 when she suffered another concussion during training just two days before her event. She still ended the season ranked a career-best 11th in the World Cup SBX standings.

O’Dine says she experienced the most difficult year of her life in 2020. Just as the world was shutting down because of the COVID-19 pandemic in March, her brother Brandon lost his battle with cancer. She struggled with anxiety and depression but with lot of self-reflection and sessions with psychologists, she re-learned how to be an Olympic-level athlete.

Having last competed in January 2020, she returned to the World Cup circuit in January 2021. She achieved a personal highlight at the 2021 World Championships where she was fourth-fastest during the qualification round, a sign that she was back to being the athlete she knows she can be.

O’Dine won the overall snowboard cross title on the Nor-Am Cup circuit in 2015-16, posting three victories in nine events. She finished a personal best fourth at the 2016 Junior World Championships.

A year earlier O’Dine had enjoyed one of the greatest moments of her career when she won snowboard cross gold at the 2015 Canada Winter Games in Prince George. Having turned 18 just days earlier, she had to deal with the pressure of representing her hometown on her home mountain after more than two years of buildup. Her family had put in a lot of labour to prepare the course at Tabor Mountain, which was a great learning experience as she still uses the course to train and develop.

A Little More About Meryeta

Getting into the Sport: Started snowboard lessons at age 12 but really disliked it; took a full season of twice-a-week lessons to learn to love it… In that first year she only snowboarded at night because she was so embarrassed she didn’t want to be at the hill when it was busy… Slowly introduced to racing in heats, her father suggested competing in the U14 category at national championships; snowboard cross was familiar to her from a background in BMX racing… At 15 won the overall title on the BC provincial tour… Outside Interests: Enjoys drawing, reading sports science books, yoga… In the off-season enjoys playing beach volleyball, swimming, biking, wakeboarding, and rock climbing… Started her own landscaping company… Supports Prince George Hospice House, which helped her brother as he neared the end of his life and gave her a place to train in their gym… Odds and Ends: Favourite quote: “Appreciate what you have before time makes you appreciate what you had”… Has a pair of lucky socks… When she first started to travel she collected snow globes from every country she visited; keeps up the habit so that when she’s older she can lay them all out at Christmas…