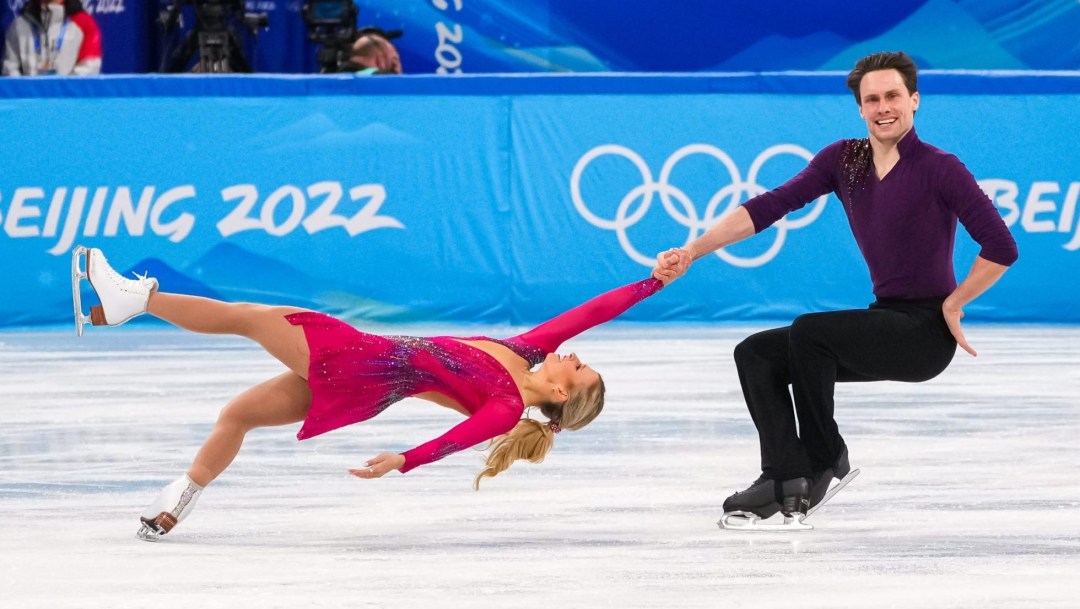 Michael Marinaro teamed up with Kirsten Moore-Towers in the spring of 2014. After their first season together, Moore-Towers and Marinaro decided to switch coaches, moving from Waterloo, Ontario to Montreal to work with Bruno Marcotte in a more competitive environment. That decision quickly paid off.

In October 2015, they won bronze at Skate Canada International for their first Grand Prix medal together. They went on to post their second straight fourth place finish at the national championships but ended up going to the 2016 World Championships as injury replacements and finished a very respectable eighth.

That August, Moore-Towers sustained a Stage 3 concussion in training. She tried to return too quickly, which only prolonged her recovery time. It took eight months before she could go one day without symptoms, taking them out of competition until the 2017 Canadian Championships where they won the bronze medal.

In November 2017, they won their second Grand Prix medal, a bronze at the Cup of China. Another bronze at the 2018 Canadian Championships earned them a spot on the Olympic team. A month after finishing 11th at PyeongChang 2018, Moore-Towers and Marinaro were Canada’s top-ranked pair at the 2018 World Championships where they finished sixth.

In 2019, Moore-Towers and Marinaro won their first national title together. They followed up by winning their first medal as a pair at the Four Continents Championships, taking the silver, before ending the season with a seventh-place finish at the worlds.

In the fall of 2019, after relocating with Marcotte to Oakville, Moore-Towers and Marinaro won silver at both of their Grand Prix events (Skate Canada International and NHK Trophy) to qualify for their first Grand Prix Final. They went on to win their second straight national title and a bronze medal at the Four Continents before the season was halted with the onset of the COVID-19 pandemic.

Their next live competition was the 2021 World Championships where they matched their career-best sixth place finish. After winning a third straight national title in 2022, Moore-Towers and Marinaro made their second Olympic appearance together at Beijing 2022. They were part of Canada’s fourth-place finish in the team event and placed 10th in the pairs event.

A little more about Michael

Getting into the Sport: Started skating at age 2 and entered his first competition at age 4… Moved away from home for training at age 14… Outside Interests: Enjoys playing disc golf… Supporter of Right to Play… Works as a skating coach… Odds and Ends: Role model is Olympic gold medallist ice dancer Scott Moir… Had his Olympic dream sparked by watching Jamie Sale and David Pelletier win Olympic gold at Salt Lake City 2002… Favourite motto: “Control the controllable”…