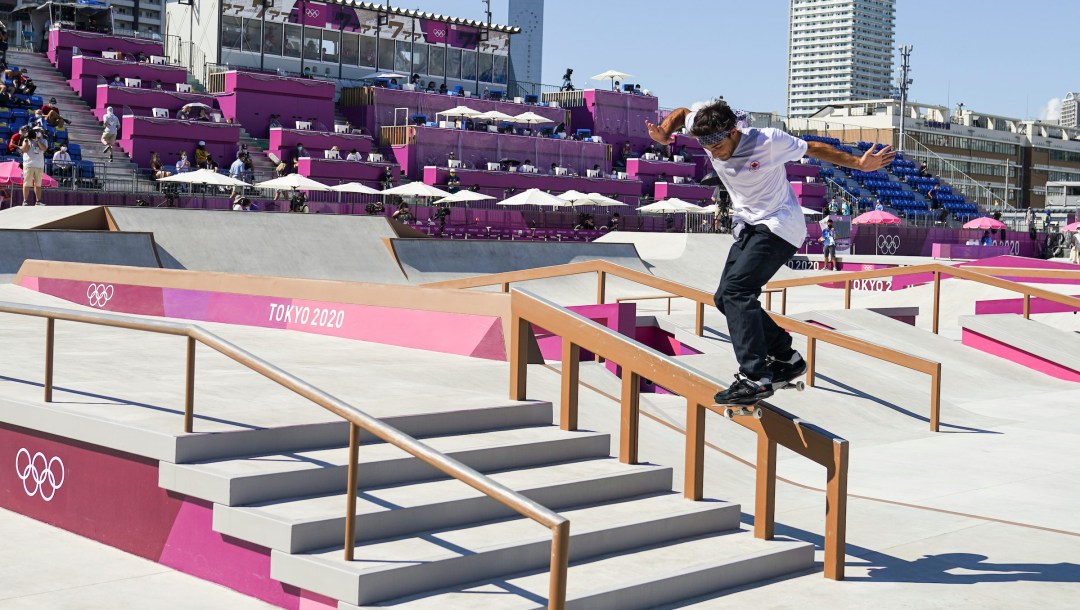 Micky Papa began competing in major amateur contests in 2006 and earned a reputation as a consistent runner-up. Once, while applying for a US work visa, he filled out two pages of second-place contest finishes. He eventually moved full time to California to pursue a pro career, signing with Blind Skateboards’ amateur roster in 2015.  An early highlight was nailing a Nollie 360 Flip Backside Tailslide Kickflip Out in a video published by Thrasher magazine. In his first year with Blind, he took first place at a Damn Am Select Series even in Chicago and added second place finishes in Los Angeles and Costa Mesa.

After coming fifth at the Tampa Pro in 2016, Papa turned pro with Blind and joined the SLS World Tour, finishing as high as 12th in Munich during his rookie season. In 2017 he had a pair of top-10 finishes on the SLS Tour and came fifth at both the Dew Tour street finals and Jackalope Festival. That year he also made his X Games debut in Minneapolis, finishing 12th in the street event.

Papa began 2018 with a sixth-place finish at the International Skateboarding Open in Nanjing and after only one event during the summer, a seventh-place showing at the Dew Tour Long Beach, he ended his year coming third at the World Skate OI STU Open.

In 2019 Papa competed in his first World Championships, making the street semifinals. He returned to the SLS World Tour, making the semis in L.A., and also made the quarterfinals at the Dew Tour. He earned podium finishes at both the Jackalope Festival and Kimberley Diamond Cup. He also made the semis at both the International Skateboarding Open and World Skate OI STU Open

In his only event of 2020, Papa finished seventh at the inaugural Canadian Nationals. In 2021 he secured his spot at Tokyo 2020 with an eighth place showing at the World Championships, which bumped him into the top 30 in the world rankings. He finished in the top 10 in his Olympic debut.

A Little More About Micky

Getting into the Sport: Drawn to skateboarding because it combines athleticism, art, and problem solving… Outside Interests: Founded Switchmade Mentality, a lifestyles and accessories brand…

Since turning pro in 2006, Graham DeLaet has become known as one of golf’s best ball strikers. A three-time winner...