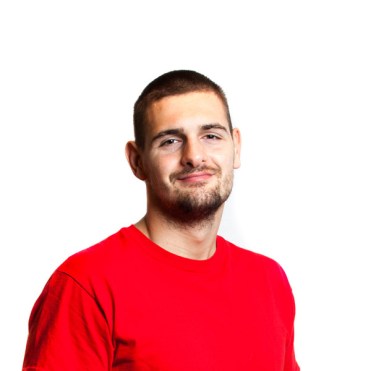 Oliver Vikalo’s water polo career started when he joined the Calgary Renegades atom water polo program when he was eight. He first played for Canada at the 2007 Youth Pan American Games, helping the team win bronze. He added silver and a historic gold medal at the 2008 and 2010 Junior Pan American Games, respectively. Vikalo joined the senior national team in 2010, going on to help the men win silver at the 2011 Pan Am Games in Guadalajara. He has also made two appearances at the FINA World Championships and helped the men finish a best-ever sixth in the 2014 FINA Water Polo World League Super Final.

Family: Parents Vladimir and Ljubica Vikalo… Older sister Tina… The family moved to Canada in 1995 to escape the war in Yugoslavia… Getting into the Sport: Started playing water polo at age 8… Initially wanted to play hockey, but his family could not afford the equipment and enrollment fees for the local program… His parents put him in water polo because they were familiar with the sport that is popular in Croatia and more affordable with only a bathing suit required… Outside Interests: Graduated from the University of Calgary in 2015 with Bachelor of Commerce in Energy Management… Enjoys watching other sports like basketball, football, soccer and hockey… Odds and Ends: Favourite quote: “Do not let what you cannot do interfere with what you can do”- John Wooden… Nickname: OV, Oli…

Justin Boyd has dreamed being an Olympian since watching Simon Whitfield win triathlon gold at Sydney 2000. That dream came...