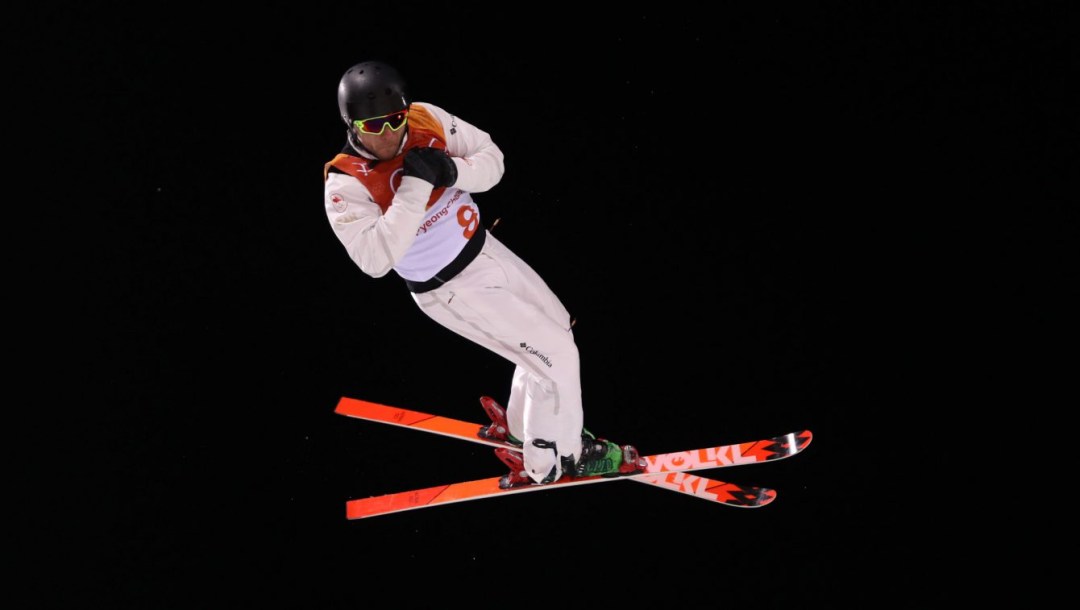 Olivier Rochon is no stranger to making comebacks. After being named the FIS Rookie of the Year for aerials in 2009, he did not compete at all during 2010-11 when he was suspended from the national team. His coach at the time said it was a difficult decision, but the goal was to make the very talented Rochon realize how much he could achieve if he worked hard instead of just relying on his natural ability. Having been a competitive athlete since he was five, it was the first time Rochon could disconnect from sport. He worked in construction, which gave him a taste of what regular life might be like. He was also able to work with a sports psychologist and when he decided to return to the national team in 2011-12, he did so with a new attitude.

In 10 World Cup starts, he had nine top-10 finishes. That included five podiums, one of which was his first career World Cup victory. It led to him winning the Crystal Globe as the overall World Cup champion for men’s aerials. Rochon’s 2012-13 season had a promising start, with a podium in his first World Cup event of the year. But he pulled his groin at the World Cup in Lake Placid in January 2013, impacting the rest of his season.

Despite being on painkillers, he finished fourth at the Sochi 2014 test event, but elected not to start at the world championships to avoid aggravating the injury further. After undergoing hernia surgery in May 2013, he had his Olympic dreams crushed in December 2013 when he tore his left ACL while skiing recreationally when he lost his balance in some fresh powder. After missing the entire 2013-14 season, Rochon returned to the World Cup circuit in December 2014. He got back on a World Cup podium in February 2016, finishing second in Deer Valley. Rochon was Canada’s top-ranked aerialist at the 2017 World Championships where he advanced to the six-man super final.

When he finally made his Olympic debut at PyeongChang 2018, Rochon advanced all the way to the six-man super final, earning the second-highest score in the second of three final phases. He went for an extremely difficult jump in the third phase, the super-final, but had trouble with his landing and ended up fifth overall.

A little more about Olivier

Getting into the Sport: Began training in gymnastics at age 5 but switched to aerials in 2006 after breaking both wrists and undergoing surgery and rehab… Had been considered a hopeful for London 2012 but instead turned his focus to the Olympic Winter Games after being identified for aerials by Olympian Nicolas Fontaine… Outside Interests: Enjoys filming and editing videos and never leaves home without his camera… His parents are part of a bike club so he likes road biking with them when he has the chance… Odds and Ends: Nicknames: Oli, Oliwood…  Favourite quotes: “Don’t quit. Suffer now and live the rest of your life as a champion” – Muhammad Ali and “To be a champion isn’t the will to win. Everyone has that. It’s the will to prepare that makes a true champion.”