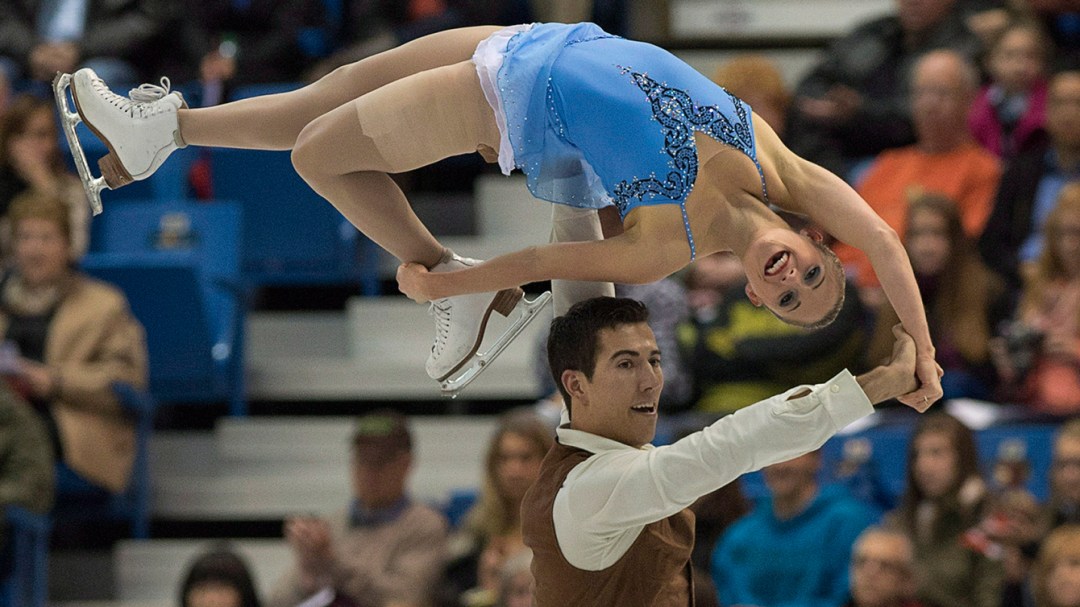 Skating together since 2005, Paige Lawrence and Rudi Swiegers debuted at both the Olympic Winter Games and ISU World Championships in 2014. After finishing 14th at Sochi 2014 they moved up two spots in the standings at the world championships one month later.

Lawrence has dreamed of being an Olympian since attending a seminar in Moose Jaw, Saskatchewan at which two-time Olympian Anabelle Langlois was a guest skater and encouraged them to aim big. Lawrence realized then that all Olympians were once small children and for the first time, the Games became an attainable goal.

Getting Into Sport: Started in the CanSkate program when she was 4 or 5… Comes from a small town where skating and hockey are the main forms of winter recreation… Her parents found a coach in a nearby town to foster her love of skating… Outside Interests: During the off-season enjoys riding horses, watching rodeos and being outside hiking and fishing… Each off-season tries to plan a trip to somewhere she hasn’t been… Working towards her kinesiology degree… Odds and Ends: Favourite Olympic memory is watching the Vancouver 2010 Opening Ceremony and seeing friends of hers from around the world, making her own Olympic goal more realistic… If she finds a lucky penny prior to a competition she’ll carry it in her left shoe for three days before tossing it out to share luck with the next person to find it… Eats peanut butter on rice cakes just before the six minute warmup and right before she competes… Always travels with Kraft light peanut butter and rice cakes… Close friends with Kirsten Moore-Towers and Dylan Moscovitch… Favourite mottos: Dream, Believe, Achieve; Pain is inevitable, suffering is optional.