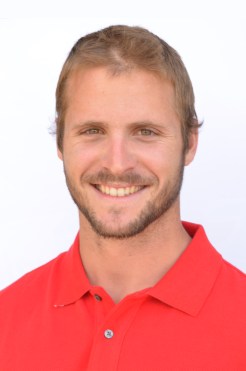 Philippe Duchesneau broke onto the international scene in 2011 when he competed in the K-4 1000m at the world championships and then won two medals at the Pan American Games in Guadalajara, taking silver in the K-4 1000m and an individual bronze in the K-1 1000m. Known for his endurance and strength, Duchesneau has been an important part of the development of the men’s K-4 crew over the last few years. In 2013, he and an under-23 crew won a World Cup bronze medal. He went on to compete at both the inaugural ICF World U23 Championships and the senior world championships. Duchesneau has dreamed of being on Team Canada since winning the 2004 Eastern Canadian Championship in North Bay. He was 14 years old and it was his first win in an event bigger than the provincial level.

Family: Parents Michel Duchesneau and Catherine Vanasse… Sister Marie Duchesneau… Getting into the Sport: Started kayaking at age 9… Followed his older sister who had started a year earlier… Had previously played soccer and cross-country skied… Outside Interests: Third year of Law studies at Sherbrooke University… Enjoys movies, music, riding his motorcycle, being outdoors… Odds and Ends: Nickname: Duke… Says it’s important to always eat the same breakfast on competition day… Collects fridge magnets for his family during his travels… Favourite motto: “When it hurts, you cannot be worse, you can just go faster”…